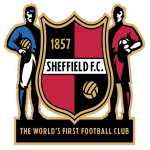 Rovers Ladies maintained their 100% start to the season with a stunning 7-0 victory away to Sheffield FC in the National League.

All the damage was done in the first half, as Rovers raced into a 6-0 lead, with Natasha Flint and Ellie Stewart both scoring two goals apiece.

Gemma Donnelly's side added one more to their tally after the break, as Lagan Makin bagged her brace to complete the rout.

The result means Rovers sit second in the table, having won all four league fixtures, netting 19 and without conceding a goal.

Rovers got off to the perfect start and found themselves three goals to the good inside six minutes.

Saffron Jordan set Rovers on their way with the opener from a corner on three minutes, before Stewart scored direct from a corner on five minutes and Makin fired home a rebound less than 60 seconds later.

Sheffield saw a header crash off the crossbar on 14 minutes, before Rovers added a fourth courtesy of Flint's stunning strike just past the half-hour mark.

The England Under-23 international grabbed her second of the game on 37 minutes, after good build-up play between Jordan and Jess Holbrook, before Stewart scored her second from a corner just before the break.

Rovers had numerous chances to extend their advantage after the interval, before Makin added the seventh nine minutes from time.

Donnelly's side are next in action this Sunday away to Guiseley Vixens in the National League Cup.