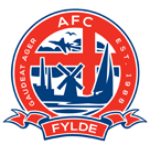 A solitary Saffron Jordan strike was enough for Rovers Ladies to continue their 100% start to the season.

Jordan bagged midway through the second half to take Rovers to second in the table, a point behind leaders Stoke City but with a game in hand.

Rovers welcomed back Natasha Fenton into midfield following her suspension for the sending off against Liverpool Feds, with Fenton thrown straight back into the action at Kellemargh Park.

In a tightly contested first half, the best chance fell to Lagan Makin, who fired wide with just four minutes to go until the break.

Gemma Donnelly's side improved in the second half and after a pair of substitutions, one of them came up with the goods for what was to be the winning goal.

The two nearly linked up again soon after, but this time Jordan couldn't apply the finish with 15 minutes of the encounter remaining.

Whilst the chances were coming for Rovers, the defence remained strong and limited Fylde to half chances for the remainder of the game as the visitors held on for another win in the derby.

It's now three wins from three, with a trio of clean sheets as well for Donnelly's charges, who are showing no hangover from last season's heartbreak.

The girls are back in action away at Sheffield FC Ladies on Sunday.