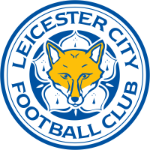 Rovers Ladies suffered just their second league defeat of the season as they lost 2-1 to Leicester City, who they meet in the Premier League Cup final on April 29th.

Captain Lynda Shepherd had put Rovers ahead on the stroke of half-time, but two goals from Sophie Domingo saw Gemma Donnelly’s side slip to a rare defeat.

Leicester started the game well and forced Danielle Hill into a smart save early on after Leigh Dugmore was played in behind the Rovers defence.

Rovers responded well, with Jess Holbrook having a shot cleared off the line, before Ellie Cook blasted over from close range.

And the breakthrough arrived when Saffron Jordan was brought down in the box and Shepherd stepped up to drill the ball past the keeper.

Leicester rallied after the break and deservedly drew level when Domingo fired past Hill.

Rovers almost regained the lead when Jordan saw a strike tipped onto the bar, but with just seconds left of the 90, Domingo grabbed her second of the game to snatch three points.