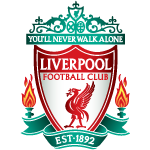 Rovers Under-23s return to Premier League 2 action later today with an away game against Liverpool Under-23s at The Reds' Academy base in the city.

Billy Barr's outfit will be looking to carry on their decent form having earned 3-1 wins in their last two outings on the road, which included a Premier League Cup victory at Crystal Palace.

Last time out saw a brace from Dan Butterworth come either side of Jack Vale's volley against Southampton down in Hampshire on Monday night in Premier League 2.

In terms of team news, Jacob Davenport is expected to be part of the travelling contingent as he continues to get match fitness under his belt.

But fellow first teamer Sam Hart is still out with a knee injury, which means Lewis Thompson is likely to continue on the left side of the back four.

Another absentee is expected to be Dominic Samuel, whilst Brad Lyons could miss out again following a recent injury that kept him out of the game at Southampton.

The clash comes too soon for Ben Brereton, who has only returned to first team training this week following a knee injury picked up in pre-season.

Former Rovers goalkeeper Ben Winterbottom is likely to line up against us this time around having moved to The Reds in the summer.

The Reds sit a point and two places behind Rovers in the Premier League 2 Division 1 table and are unbeaten in their last four games, three of which have been draws.

Rovers won the last meeting away against Liverpool, with Joe Rankin-Costello and Butterworth scoring on the final day of last season to earn a narrow 2-1 victory at Anfield.

The clash takes place at Liverpool's Academy base, kick-off 3pm.

Rovers and Liverpool played out a scoreless draw to earn a point apiece on Merseyside in Premier League 2, with the result moving the visitors into seventh in the table.

A positive from the day saw Dan Butterworth step up his return to match fitness by playing 77 minutes of the encounter against The Reds.

He partnered Jack Vale up top for Rovers, who were looking to build on their away victory at Southampton just a few days earlier, with Butterworth and Vale doing the damage on the south coast.

Opportunities were few and far between in the first half, with the best opening falling to the visitors early on.

An untimely slip from Tom Clayton in the third minute allowed Vale to go through on goal. However, Caoimhin Kelleher was on hand to deny the Rovers forward.

Early in the second half, Vale did beat the Irishman but the goal ended up being ruled out for offside in the lead up.

It was then the hosts' turn to threaten to open the scoring. Elijah Dixon-Bonner glanced a header just wide before then hitting a shot straight into the arms of visiting stopper Joe Hilton.

Kelleher again denied Rovers with a save at his near post to keep out Ben Paton's deflected effort in the 70th minute as Billy Barr's team searched for the opener.

Then deep into stoppage time, the visitors had a chance to snatch the three points.

Sam Durrant crossed for Sam Barnes, but the defender's header was claimed by Kelleher before the referee went on to blow the final whistle as both sides had to make do with a point apiece.

The results sees Rovers continue their fine form, with just one defeat in their last five outings in all competitions.

Next up for Barr's side is a trip to Chelsea on Saturday 2nd November, kick-off 12pm in Cobham at Chelsea's training ground.