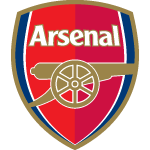 Rovers will be aiming to get back on track following three successive defeats following promotion at the back end of last season.

Our London opponents have had a good start to the season having won two and drawn one of their opening four games of the campaign.

Both of those wins have come in the last two games; against West Ham United and Tottenham Hotspur.

The game comes too soon for Tyler Magloire, who remains out with a knee injury picked up earlier in the season.

But Johnson could have a former Premier League winner available, with Jack Rodwell likely to play a part as he steps up his match fitness since signing last month.

New signings Mitchel Candlin and Brad Lyons, who joined on deadline day from Walsall and Coleraine respectively, could play a part this evening.

Having not been in the first team squad against Aston Villa at the weekend, young pair Lewis Travis and Joe Nuttall could also be included in the squad to take on the Gunners tonight.

Opponents Arsenal could include highly-rated Eddie Nketiah in the squad, who has appeared in their first team in recent years, and Emile Smith-Rowe, who went on their pre-season tour in the summer.

Kick-off at Ewood Park is at 7pm. Admission for tonight's game is free for season ticket holders or £3 for adults and £1 for concessions. It is pay on the gate in the lower tier of the Jack Walker Stand.

A feisty clash at Ewood Park saw both teams end the game with 10 men as Rovers and Arsenal played out a stalemate.

All the action was in the second half as Charlie Gilmour saw red just after half time for the visitors before Hayden Carter also had an early bath late on in the game.

Rovers had the better of the clash, missing a number of chances through poor finishing and some good goalkeeping by visiting custodian Deyan Iliev, whilst the Gunners struggled to really test Andy Fisher.

Fellow new boys Brad Lyons and Mitchel Candlin were available from the bench for Johnson, whilst Lewis Travis and Joe Nuttall both started having not been involved in the first team squad at the weekend.

An encouraging start from the hosts led to Willem Tomlinson forcing Deyan Iliev to beat his strike away just 12 minutes in.

Soon after, Rodwell smashed a header into the gloves of Iliev after latching onto an outswinging Stefan Mols corner.

The chances were continuing to arrive for Rovers and Joe Nuttall tested Iliev with a powerful effort from inside the box after being fed by Dan Butterworth.

Mols' near post effort flew just wide a few minutes before the break as Rovers kept up the tempo before Tolaji Bola should have been sent off when bringing Mols down on the edge of the box, before Nuttall fired the resulting free kick into the wall.

That meant both sides went in at half time all square, but Rovers could count themselves unfortunate to have not taken the lead in with them.

The visitors were dealt a blow when Gilmour was shown a straight red card for an off the ball incident involving Travis and moments later the impressive Iliev produced an excellent stop to deny Mols' header.

Mols turned provider a moment later but his cross was nodded over by Nuttall and the score remained the same.

Freddie Ljungberg's side were still dangerous on the counter attack and Robbie Burton fired just past the post after being played in down the left side.

The scores were even and so were the teams with five minutes to go as Carter was sent off for bringing down Joe Willock following a superb solo run from the Arsenal skipper.

And a moment later Rovers were thankful to Fisher to deny that man Willock with his legs after the young midfielder was played in in what was the last notable action of a lively clash as both sides earned a point for their efforts.

Rovers Under-23s are next in action at Swansea City on Saturday 22nd September, kick-off 1pm.