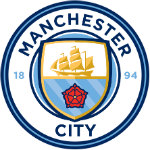 Rovers ended Manchester City's 100% winning record in the league with a hard fought win at the Rovers Academy on Saturday.

A Chanka Zimba brace was enough to beat the table-toppers, who had won each of their opening five games in the Under-18s Premier League.

Sam Robinson put the visitors ahead midway through the first half, before Zimba struck twice before the interval.

And that was enough for Mike Sheron's men to rise to eighth in the table after some excellent second half play to keep the high flyers at bay.

Rovers began well, with Zimba forcing James Trafford into a smart save early on from a well struck effort on home turf.

But it was City who grabbed the early advantage with their first opportunity. Robinson got on the end of a well worked corner routine to rifle home from just inside the box.

It was almost 2-0 soon after, but Liam Delap's strike was just off target after the striker was set up by Samuel Edozi.

That gave the home side a lifeline, with Zimba capitalising on a defensive mix up to level the scores just before the half hour mark.

Soon after and the game was turned on its head as Zimba confidently stroked home from the spot after a foul in the box, to put Rovers in command.

Only a fine save from Jordan Eastham stopped Delap from equalising and preserve the narrow lead going into the interval.

Rovers had to withstand some heavy pressure from the visitors throughout the second half, with Eastham producing a number of good saves.

There was an opportunity to grab a third in the half though, but Luke Brennan was denied by Trafford after a swift counter attack from Sheron's charges.

There was another dramatic save from Eastham at the death to deny Lewis Fiorini, as Rovers inflicted a first defeat on City and climb the table with it.

Next up for the Under-18s is a Premier League Cup clash against Chelsea Under-18s at Brockhall. The encounter takes place at the Rovers Academy on Saturday 28th September, kick-off 11am.