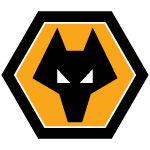 Chanka Zimba hit a first half brace to help Rovers Under-18s return to winning ways with a comprehensive victory away to Wolves Under-18s.

Having suffered defeat to the same opponents in the Under-18s Premier League Cup last time out, Mike Sheron's side went out for revenge against the Staffordshire outfit in the league.

A fast start saw Sheron's side take the lead just three minutes into the encounter, with Zimba getting off the mark for the day by cutting out Oliver Tipton's pass before finding time and space to beat home stopper Jackson Smith.

An acrobatic attempt from Kam Kandola was the closest Steve Davis' side came to equalising, before Zimba made it two for him and Rovers.

A blistering counter from the visitors saw Zimba double the tally by gliding past a couple of opponents before calmly finding the bottom corner.

A third goal before the break came soon after thanks to a well worked move from Sheron's youngsters.

That put Rovers in control going into the second half, but Jordan Eastham did have to be called upon more than once to keep his clean sheet intact.

The goalkeeper saved well from home skipper Jack Scott and Theo Corbeanu, with the latter also crashing an effort against the crossbar late in the second half.

Overall it was an excellent showing from Rovers, whose focus now turns to the FA Youth Cup against Newport County later this month.