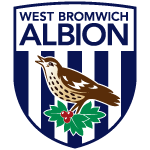 Rovers Under-18s boss Billy Barr felt the display against West Bromwich Albion at the weekend was the best his side has played this season in the league.

Hayden Carter’s equaliser sandwiched an early Baggies strike from Sam Wilding, before Cameron Walker won the game with just two minutes remaining, as Rovers suffered defeat.
But although he found positives to take from the performance, Barr was left ruing his side’s concentration against the Midlands outfit.

“We went 1-0 down after something like 30 seconds, which was really disappointing. It came via a deflection, but there was no pressing from us," Billy reflected.

“I felt it was the best we’ve played without carrying much of a goal threat. We had quite a few chances and equalised through a set piece.
"They won with five minutes to go after we turned off after a bad kick from Ben Winterbottom. West Brom said we should have won after the game, but that’s no consolation for us."
It was another youthful group which represented the club, and Billy's eager for them to show what they can do and potentially earn themselves a place in the squad for next week's FA Youth Cup clash at home to Blackpool.
“We started with two under-16s and finished with three under-16s, so we had a young side out there again. They’ve gained a bit of experience but we need to work in units, playing together and playing as a team.
"We need to build on that. We’re still not functioning properly at times."
Barr's youngsters are next in action on Saturday 24th February against Newcastle United at the Academy Training Ground, kick-off 12.30pm
West Brom: Cann, Wilding, Ufaiy, Martinez, Harmon, Hall, Ashton, Tulloch (Walker 68), Soleman, Wakeling, Soule.