Rovers head to Pride Park this weekend looking to make it back-to-back victories in the Championship.

Following on from our 5-0 demolition of Wycombe Wanderers, Tony Mowbray's men head to Derby County in confident mood.

Armed with the Championship's top scorer, Adam Armstrong is now onto four league goals already in the league this season following his hat-trick against the Chairboys last time out.

It's not been the best start to the campaign for a Rams side who are yet to pick up a point from their two league games so far, losing at home to Reading on the opening day before suffering defeat at Luton Town last week.

The last meeting at Pride Park ended in disappointment for Rovers, with Phillip Cocu's side earning a convincing 3-0 win on home turf back in March, in what was the final outing before football was suspended due to the coronavirus pandemic.

Lewis Travis started that game, but will miss out on this weekend's encounter after picking up a recent knee injury.

Sam Gallagher and Corry Evans are both on the comeback trail from their setbacks, but this weekend will come too soon for the duo.

Ex-Rams man Bradley Johnson appeared over 150 times for County during his four years in the East Midlands, and he's likely to keep his place in the starting XI after a fine beginning to the 2020-21 campaign.

For the hosts, Cocu is confident that Kamil Jozwiak and Jack Marriott will both be available for selection after both picked up knocks at Luton last week.

However, ex-Rovers loanee Tom Lawrence (shoulder) and midfielder Krystian Bielik (knee) remain sidelined, whilst Martyn Waghorn’s calf problem means the striker is still not yet back in contention.

Recent signing Mike te Wierik is available again after serving a one-match ban for his red card in the Carabao Cup against Preston North End, but fellow new boy Jordon Ibe isn't up to speed fitness-wise and won't feature.

“Rovers are also a team who like to have the ball,” Cocu said to Rams TV in the lead up to this weekend's contest. “They will be a tough team to beat.

“I expect this game will be a little bit more open than the game against Luton, their playing style is a little bit different.

“I am looking forward to playing the game. It won’t be easy but we also know we need a result after two defeats to give a boost to the team and the players to go forward.”

Supporters in the UK can purchase a live video match pass for only £10 for Saturday's encounter. To purchase yours, please click here.

Supporters based abroad should note that access to the game cannot be gained due to the fixture being selected for overseas broadcast.

A reminder that kick-off is at 3pm tomorrow (Saturday) afternoon.

Rovers turned on the style for the second game in succession to produce another sensational performance and score four goals to dismantle Derby County at Pride Park.

After Tyrhys Dolan tapped home from close range, Bradley Johnson slammed home a quickfire brace against his old side to put Rovers in command going into the half time interval.

In what was another stunning display, it could and should have been more for Rovers, with David Marshall in the Derby goal keepig a shell-shocked Rams in with a chance of getting something going into the second half.

After a change of system from the hosts, Rovers showed a professionalism and stubborness to earn back-to-back clean sheets, and another shut-out arrived alongside another goal, with Adam Armstrong wrapping up the three points with a poacher's finish with only 13 minutes remaining.

Tony Mowbray named an unchanged side from the one that began against Wycombe Wanderers at Ewood Park a week earlier, with Joe Rankin-Costello keeping his place in the team at right back.

The dangerous front three of Ben Brereton, Armstrong and Dolan kept their places and caused havoc throughout in what was a truly rampant performance.

In a lively start from both sides, it was only a fine block from Darragh Lenihan denied Derby from taking the lead nine minutes in when he hacked a Max Bird attempt off the line and away.

But at the other end Rovers made no mistake as Dolan tapped home for his second goal in the space of a week.

A fine run from Joe Rothwell saw the midfield man feed Brereton, and although the forward hit the post, Dolan was in the right place at the right time to tap home.

Things got better just a moment later, with ex-Ram Johnson slamming home from range to double the visitors' lead against a side for whom he appeared 139 times for.

Better was to come for Johnson and Rovers when another thumping effort took a deflection before zooming past Marshall and into the net after just 15 minutes of play in the East Midlands.

A fourth nearly arrived soon after, but Marshall was well placed to beat away Brereton's downward header at the back post.

The closest that the home side came to testing Thomas Kaminski came via Kamil Jozwiak's attempt that curled wide and the Jason Knight's tame strike that was comfortable for the Belgian to hold.

Rovers were smelling blood with half time looming and Marshall was again called into action to deal with Armstrong's strike with under 10 minutes to go until the break.

Kaminski did well to shovel away Wayne Rooney's dangerous free kick into the area and then flick behind Louie Sibley's header as County provided some late pressure on the Rovers goal, but it was Mowbray's men who went in with their three-goal advantage intact.

Rovers knew they had to be disciplined at the beginning of the second half, and it was Derby who came closest to finding a goal, only for Jozwiak to curl wide of the target on the hour mark.

Phillip Cocu's side had changed their system at the break, with George Evans' introduction seeing the 25-year-old slot into a back three, and it did take a little bit of time for the visitors to adjust to the alteration.

With 19 minutes remaining the Rams produced another opportunity, but Lee Buchanan headed over at the back stick after a teasing ball in from Nathan Byrne.

Just as it looked like it wouldn't be Armstrong's day in front of goal, the league's top scorer did get his name on the scoresheet after he finished off another fine flowing move.

A neat one two between Harry Chapman and Lewis Holtby saw the substitute feed Armstrong and it was a tap in for the striker to make it 4-0.

Armstrong looked for his second, but his snapshot was just about kept out by Marshall before Kaminski comfortably dealt with substitute Duane Holmes' attempt as County went in search of a late consolation.

Rovers stood firm to anything the Rams threw at them, and a back-to-back clean sheet arrived alongside another blitzing attacking performance.

Next up is a home test against Cardiff City, with kick-off scheduled for 3pm on Saturday 3rd October at Ewood Park. 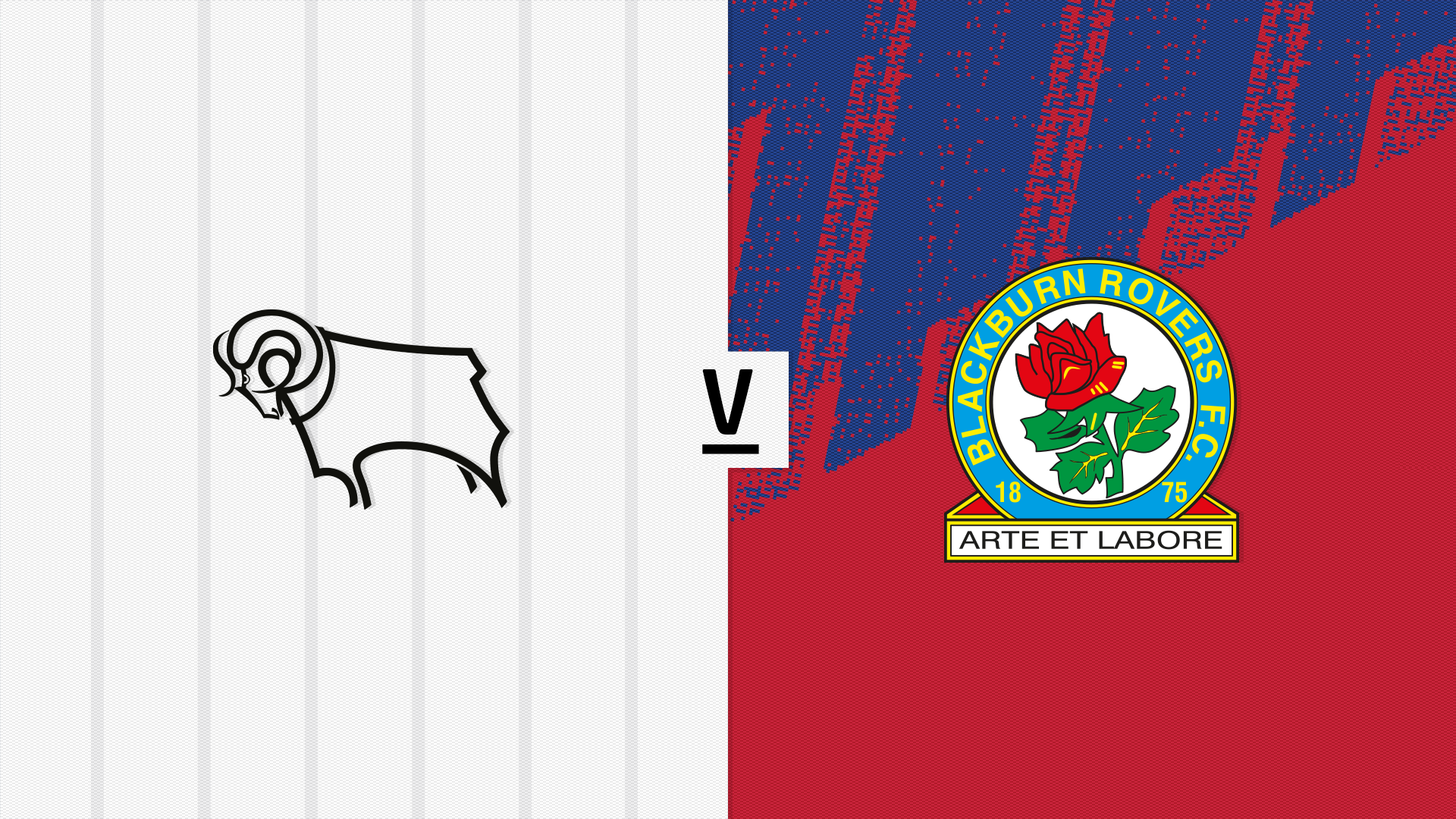 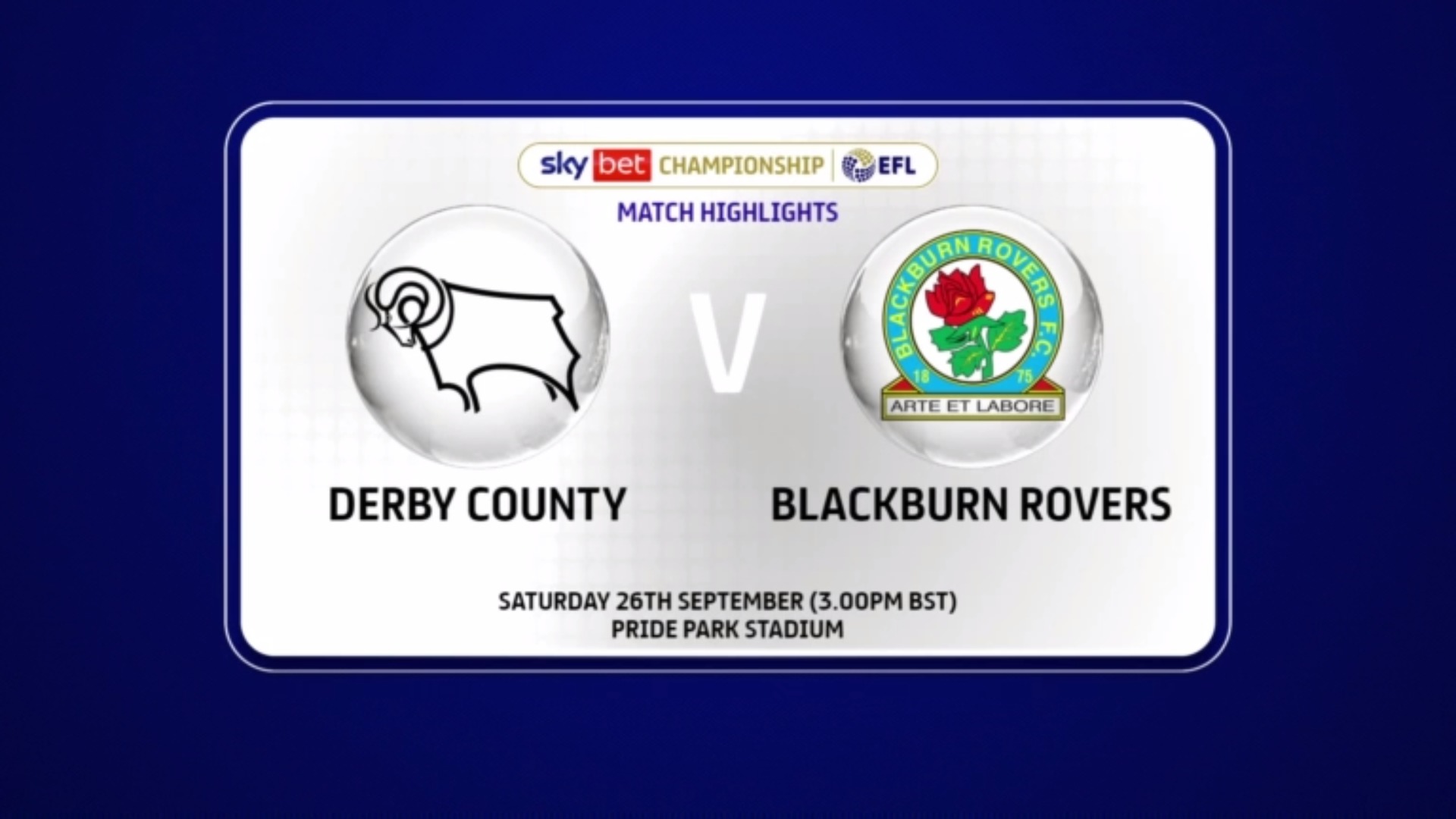 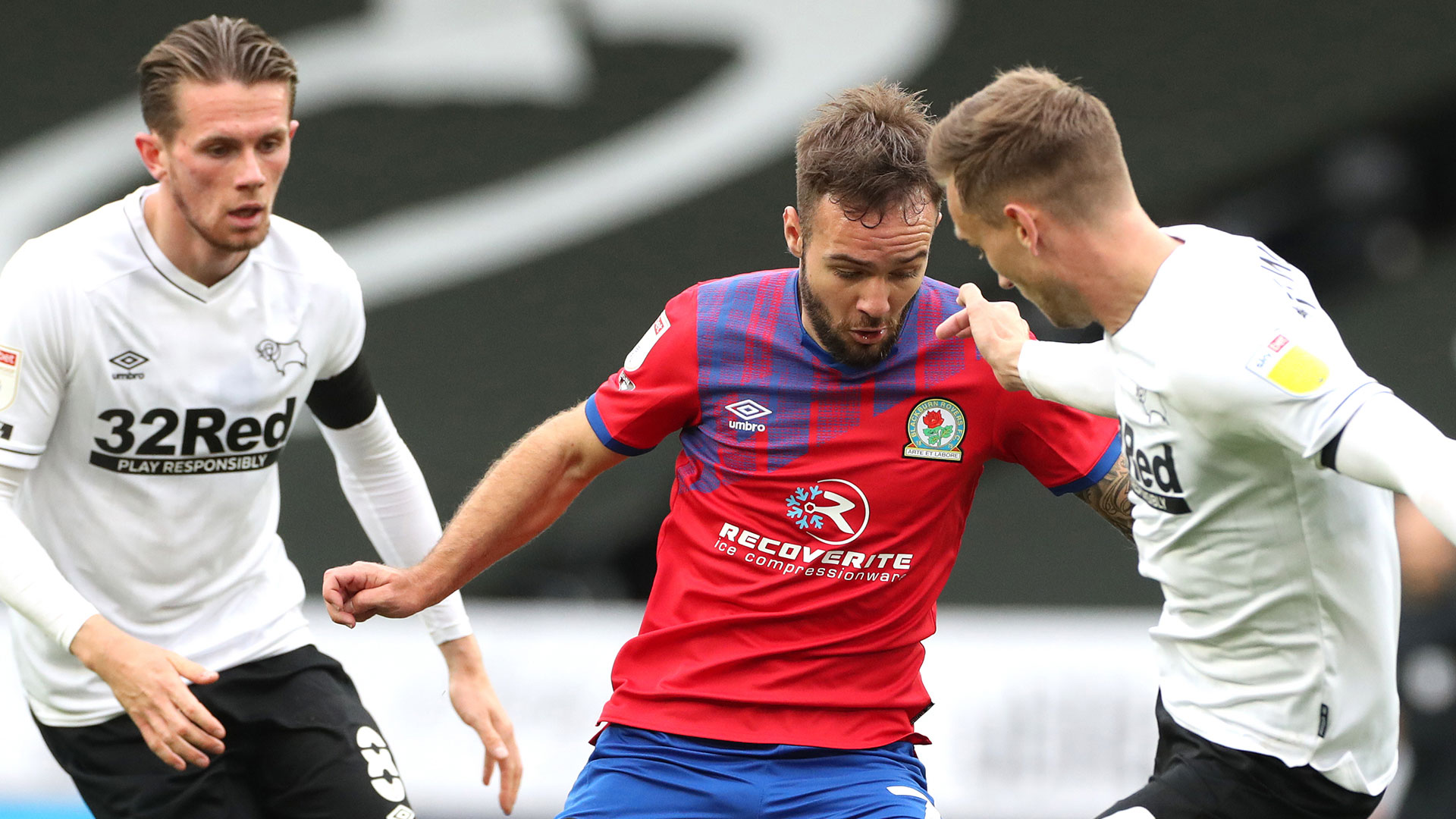