The first midweek league action of the 2020-21 season takes place this evening, with Rovers making the long trip south to take on Watford at Vicarage Road.

It's just over five years since the two sides last met, with Odion Ighalo's solitary strike earning all three points for the hosts back in February 2015.

Rovers will be aiming to get back on track following a late home defeat to Nottingham Forest at the weekend, whilst Watford come into the game off the back of a 1-0 triumph at Derby County on Friday night.

Tony Mowbray has been boosted ahead of the journey by the return of a number of his star players, with Lewis Holtby back and available having missed the weekend clash against Forest due to the recent birth of his daughter in Germany.

Fellow German Tom Trybull, an arrival on a season-long loan from Norwich City on deadline day, is also available, whilst fellow new signings Barry Douglas, Aynsley Pears and Harvey Elliott are all expected to be in the matchday squad.

Derrick Williams' isolation period is over, and the Irishman trained with the team again for the first time yesterday (Tuesday).

Joe Rankin-Costello has also joined in training this week, but the test may come too soon for the youngster to be a part of the squad.

However, Joe Rothwell remains out due to a period of isolation, Elliott Bennett is a long-term absentee and Bradley Dack remains a month or so away from availability.

For Watford, Vladimir Ivić has confirmed that some big players will be back in contention for a place in their squad, with the likes of Ismaila Sarr, Will Hughes, Etienne Capoue and Troy Deeney all being considered for minutes later on this evening.

“Capoue is okay,” Ivić reported to the official Watford website. “He worked normal [in training today] and I believe he is one of the players who will be available for the game.

"Will Hughes is working with us and is close to the moment when he will be part of the practise. He takes part in the practise now and I believe he will be available in the next two or three weeks.

"It is important after this injury that we are patient with him, take care of him as we want him healthy and able to work until the end of the season.”

Kick-off is at 7.45pm tonight, and fans can catch all the action by purchasing a match pass or following the coverage across our social media channels.

Ben Foster produced a series of fine stops to ensure Rovers returned north with nothing to show for their efforts against a stubborn Watford side.

Two quickfire goals from Joao Pedro and Tom Cleverley put the hosts in command at Vicarage Road, before a stunning Ben Brereton strike halves the deficit in Hertforshire.

Rovers dominated throughout, but Darragh Lenihan's unfortunate own goal early in the second half allowed Vladimir Ivic's team to regain their two-goal advantage.

Key moments didn't go Rovers' way throughout, most notably with the oustanding Foster stopping Adam Armstrong from the spot midway through the second half.

The boss made two changes to his team, with Lewis Holtby returning to the starting XI whilst Harvey Elliott made his debut for the club following his deadline day arrival on loan from Premier League champions Liverpool.

The duo came in for John Buckley and Tyrhys Dolan, with the pair available off the bench if required.

Rovers began brightly in Hertfordshire, and had the first opportunity of the game 12 minutes into the encounter but the impressive Foster was alert to beat away Armstrong's left-footed effort after excellent play from Elliott and Ryan Nyambe.

That save proved to be vital from Foster, as just a minute later the hosts took the lead via frontman Pedro.

James Garner's excellent through ball fed Ismaila Sarr, and the Senegalese winger picked out the Brazilian hitman who volleyed past Thomas Kaminski and into the bottom corner.

Four minutes later and a clinical Watford made it 2-0 through Cleverley's header. Garner's hoof forward was controlled well by Sarr, and after Kaminski parried his effort at goal, ex-England man Cleverley was there to nod into an empty net from close range.

At the other end, Lenihan and Daniel Ayala were both denied by Foster, with Holtby the set piece architect for both quickfire opportunities.

Rovers got what they deserved with an outstanding Brereton strike that caught out Foster and get the visitors back in the game just before the half hour mark.

Armstrong won his battle with Christian Kabasele, and his header teed up Brereton kindly, but he still had plenty of work to do. The touch on the chest was perfect, and the second touch saw him take a thumping volley early and see it nestle into the bottom corner despite Foster getting the slightest of touches.

But that goal could and should have counted for nothing just a moment later as Watford went close to making it 3-1. Once again Sarr was the threat, with another fine run and cross seeing him pick out Pedro, but he prodded wide with his right foot when he really should have scored.

There were five minutes of the half remaining when Armstrong had his next opportunity, but after Corry Evans' shot was blocked and fell into his path, the diminutive forward could only rifle over the upright.

Rovers went in search of starting the half positively, but were dealt a hammer blow four minutes after the interval as Lenihan turned Ken Sema's pinpoint cross into his own net under pressure from Pedro.

A good opportunity came and went soon after as Elliott played in Armstrong, but Foster got a touch on his attempted lob to turn over the upright.

It was almost Foster v Rovers at Vicarage Road, and the custodian stopped Armstrong's penalty after Holtby was taken down in the box by Craig Cathcart.

Armstrong opted to go right from the spot, but Foster guessed correctly to dive and push away the striker's effort and preserve Watford's two-goal advantage.

It would have been unjust for the hosts to have scored a fourth of the night, but only a fine stop from Kaminski denied the dangerous Sarr from close range with 15 minutes remaining.

Rovers continued to probe, but couldn't find a way was Foster, who was imperious in the home goal as Mowbray's men went home empty-handed. 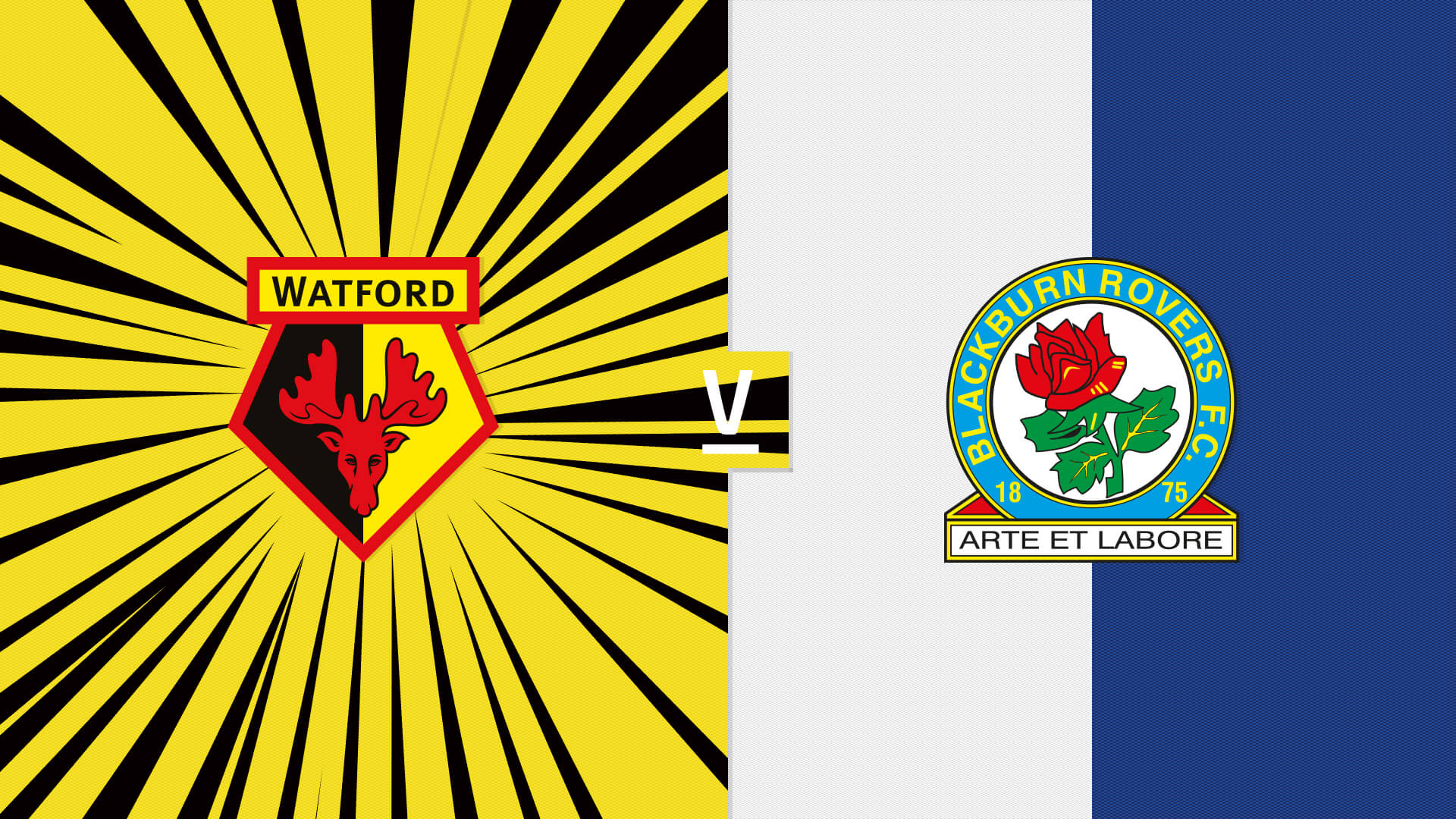 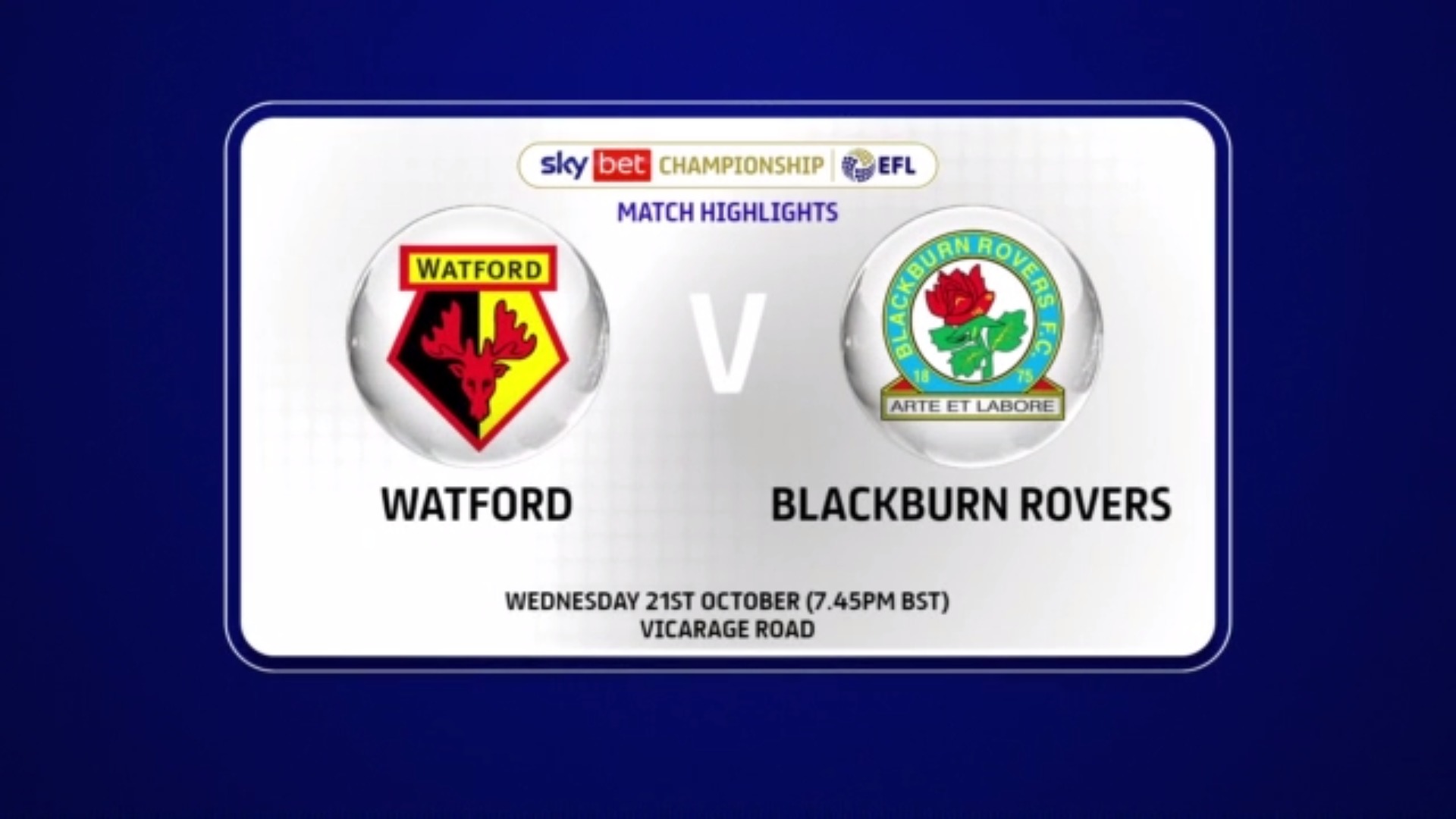 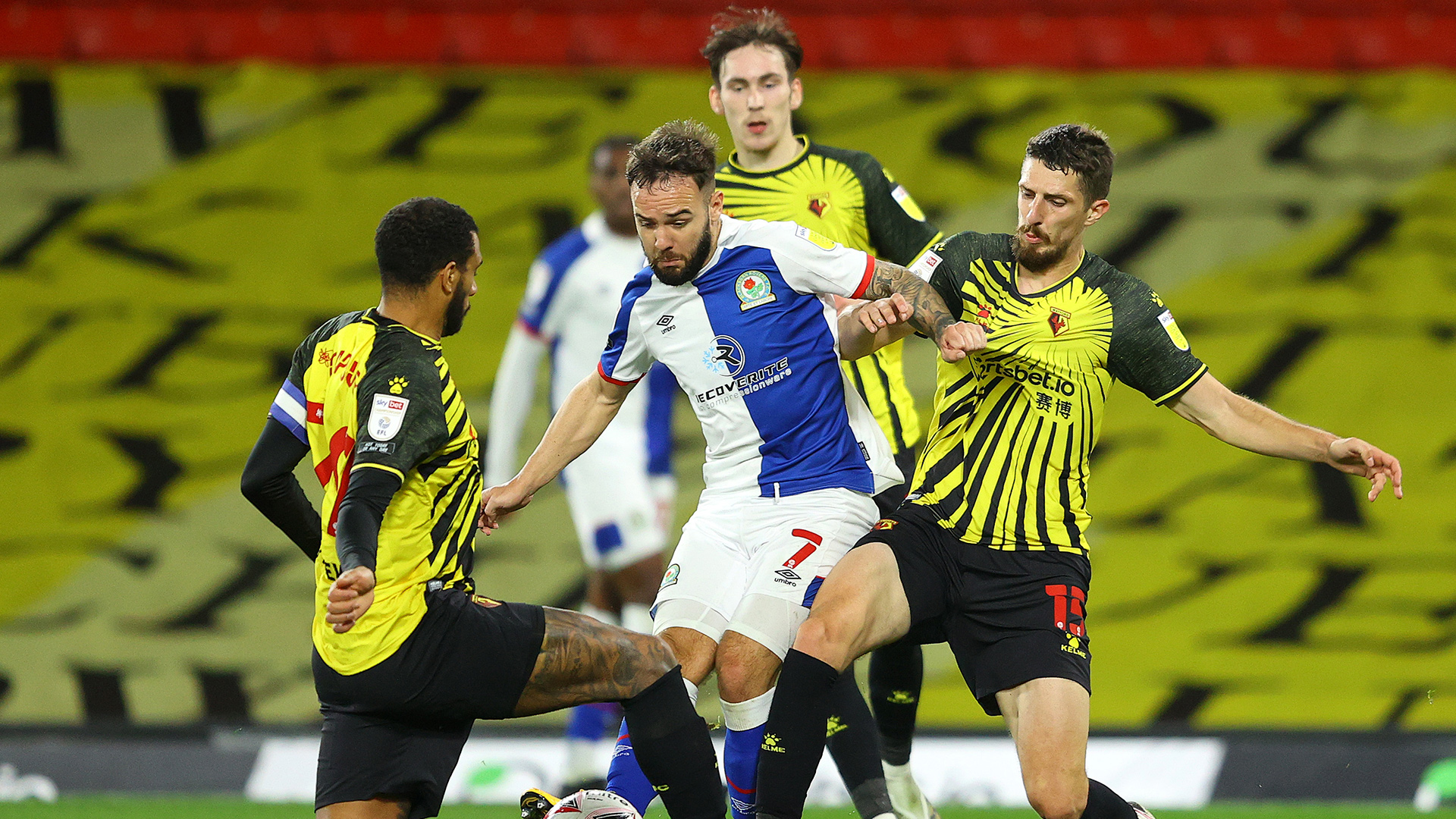