Rovers will be out for revenge against Nathan Jones' side, who did the double over Tony Mowbray's men last term, which included a crucial victory on the final day of the 2019-20 campaign that preserved their status in the second tier.

Mowbray is set to welcome back a number of Rovers following the two week international break, but doubts remain over others for the trip to Bedfordshire.

Both Barry Douglas and Amari'i Bell are expected to be in the travelling party that heads south, with the left backs available again following spells in isolation.

Thomas Kaminski could feature following his positive test for COVID-19, with the Belgian stopper's own period of isolation now over.

But Mowbray has revealed that the likes of Ryan Nyambe and Lewis Holtby will be touch-and-go to feature following slight knocks, whilst the defensive duo of Derrick Williams and Daniel Ayala remain out of action due to injury.

That means Scott Wharton is expected to keep his place in the backline, with the centre half likely to partner Darragh Lenihan in central defence after the skipper came through international duty with the Republic of Ireland unscathed.

The game comes too soon for Bradley Dack, who remains a few weeks away from being back in first team contention, whilst Elliott Bennett and Lewis Travis are still out longer-term.

For Luton, Dan Potts is back available for selection, whilst Gabriel Osho joined the club this week and could be in line for a debut.

James Collins and Simon Sluga both earned additional caps for Ireland and Croatia respectively this week and are available for selection having come through those international tests.

And ahead of the contest, Jones admits his side will face a stern test against a team who he believes have a chance of promotion this season.

“They’re an ex-Premier League side that are established at Championship level, have been at that level and are probably one of the favourites to get promoted," he told the official Luton Town website.

“They are a very good side, some real good players and we want to be similar to those in terms of the competitive levels, what they are able to do and who they are able to attract and so on.

“They’re a fantastic side, real good footballers, fluent side, they can hurt you. We saw that in terms of at the end of the season but we have strengths of our own that we have to make sure are right at it, if they are right at it, it should be a good game.”

Supporters can purchase a live video match pass for only £10 for today's contest. To purchase yours, please click here.

Sam Gallagher bagged a late equaliser for Rovers, but it wasn't enough to earn all three points against Luton Town at Kenilworth Road.

The striker turned home with 18 minutes remaining to level things up for Rovers after Luke Berry's close range finish had put the hosts in charge just three minutes earlier.

Rovers did have opportunities to win the game in the final stages of the game, but the impressive Joe Rothwell saw Simon Sluga in his way, whilst appeals for a penalty in the last action of the game were waved away.

Tony Mowbray made two alterations to his side from the win over QPR last time out, with Barry Douglas and Tom Trybull returning to the starting XI in place of Ryan Nyambe and Corry Evans.

The hosts came quickest out of the traps, with Rhys Norrington-Davies venturing forward from left back before hitting wide early on.

Soon after and a set piece this time caused problems, as Sonny Bradley's header back across goal was eventually ended with Elliot Lee's strike being bravely blocked by Darragh Lenihan.

Rovers had the ball in the back of the net up the other end, but Adam Armstrong was adjudged to be offside when he tapped home after Scott Wharton's header was fumbled by Sluga.

It was a half of very few chances in Bedfordshire, with Luton probably shading the first 45 minutes on the balance of play as the sides went in all square.

Town started the brightest after the break, and Thomas Kaminski was out sharply to deny George Moncur, who cut in from the left before going for goal.

Soon after and it was the impressive Kiernan Dewsbury-Hall who cut in well from the right but his attempt lacked power and was comfortable for Kaminski to claim as Luton went closest to finding an opener.

Rovers strung their best move of the match together just before the hour mark, but following good play from Douglas and Ben Brereton, Joe Rankin-Costello could only drive a shot comfortably over Sluga's upright.

Mowbray's men were growing into the encounter though and Joe Rothwell unleashed a strike that almost wrong-footed Croatian stopper Sluga, who positioned himself well enough to hold the effort that was swirling towards goal.

A moment later and another excellent Brereton run ended with Armstrong's curled attempt flying just over the crossbar at the mid-point of the half.

However, just when it looked as if Rovers were beginning to get control of the game, the Hatters took the lead in fortunate circumstances.

Having peeled out towards the right side, substitute James Collins slipped as he went for an adventurous shot, but the ball ran kindly for the advanced Berry, who slid and got the most delicate of touches to turn home and put Nathan Jones' side ahead.

But Rovers responded brilliantly, and got back on level terms just three minutes later through Gallagher's scruffy finish from close range.

A deep cross was nodded back across goal by Douglas, and Gallagher was there in the right place to equalise from a few yards out.

A fine save from Kaminski stopped Luton from regaining the advantage from a set piece routine with just under 10 minutes of the contest remaining, before the follow up attempt from Bradley was blocked and the danger was cleared.

It seemed as if the Hatters were on the ropes, and only a block from Sluga stopped Rothwell from putting Rovers in front with only four minutes remaining.

Late drama arrived with seconds remaining, with the referee failing to notice fouls on Armstrong and then Brereton in quick succession, with the latter brought down in the box and awarded a yellow card for supposed 'simulation'.

Rovers will be aiming to return to winning ways on Tuesday night when they take on Preston North End at Deepdale. 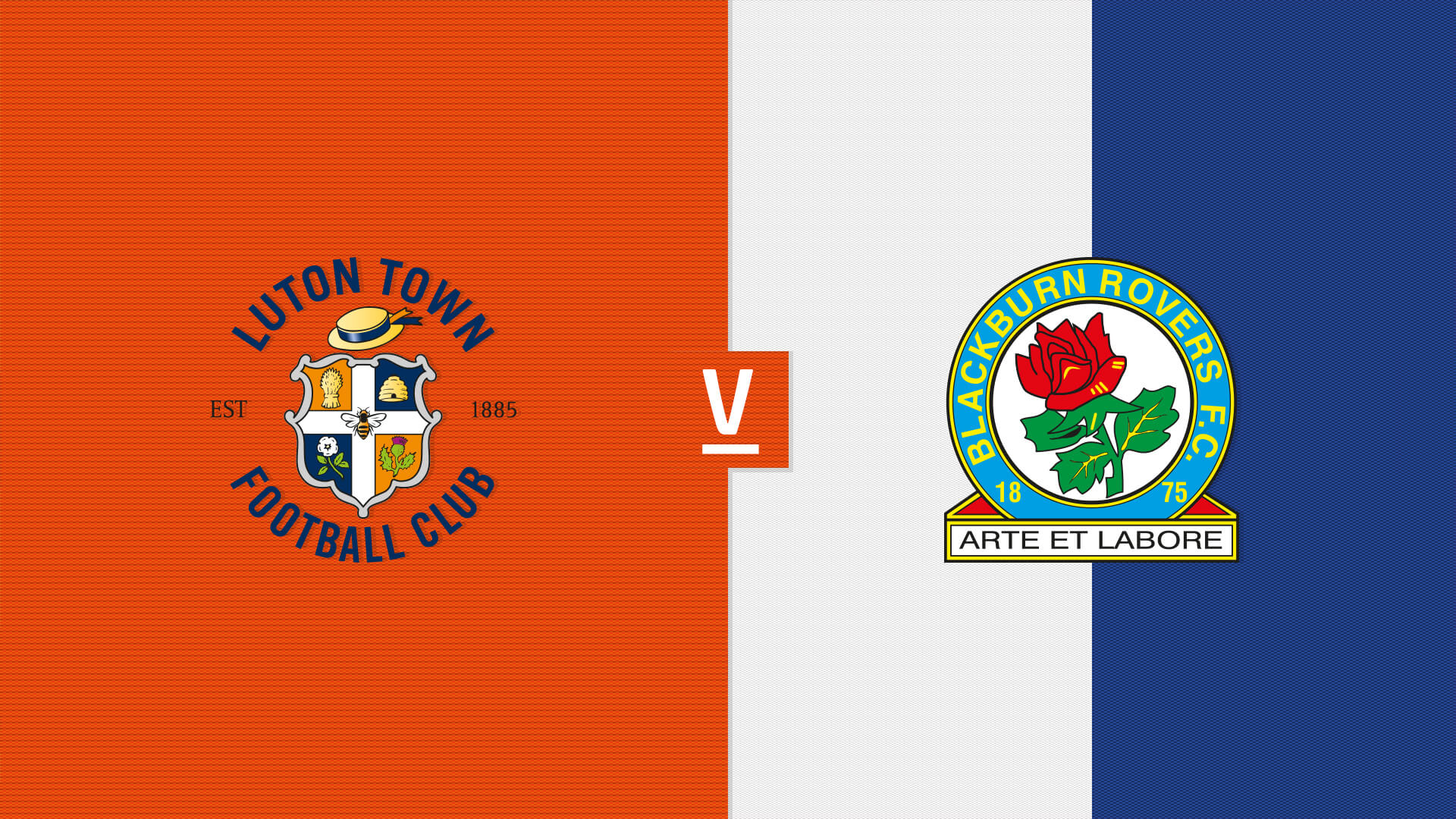 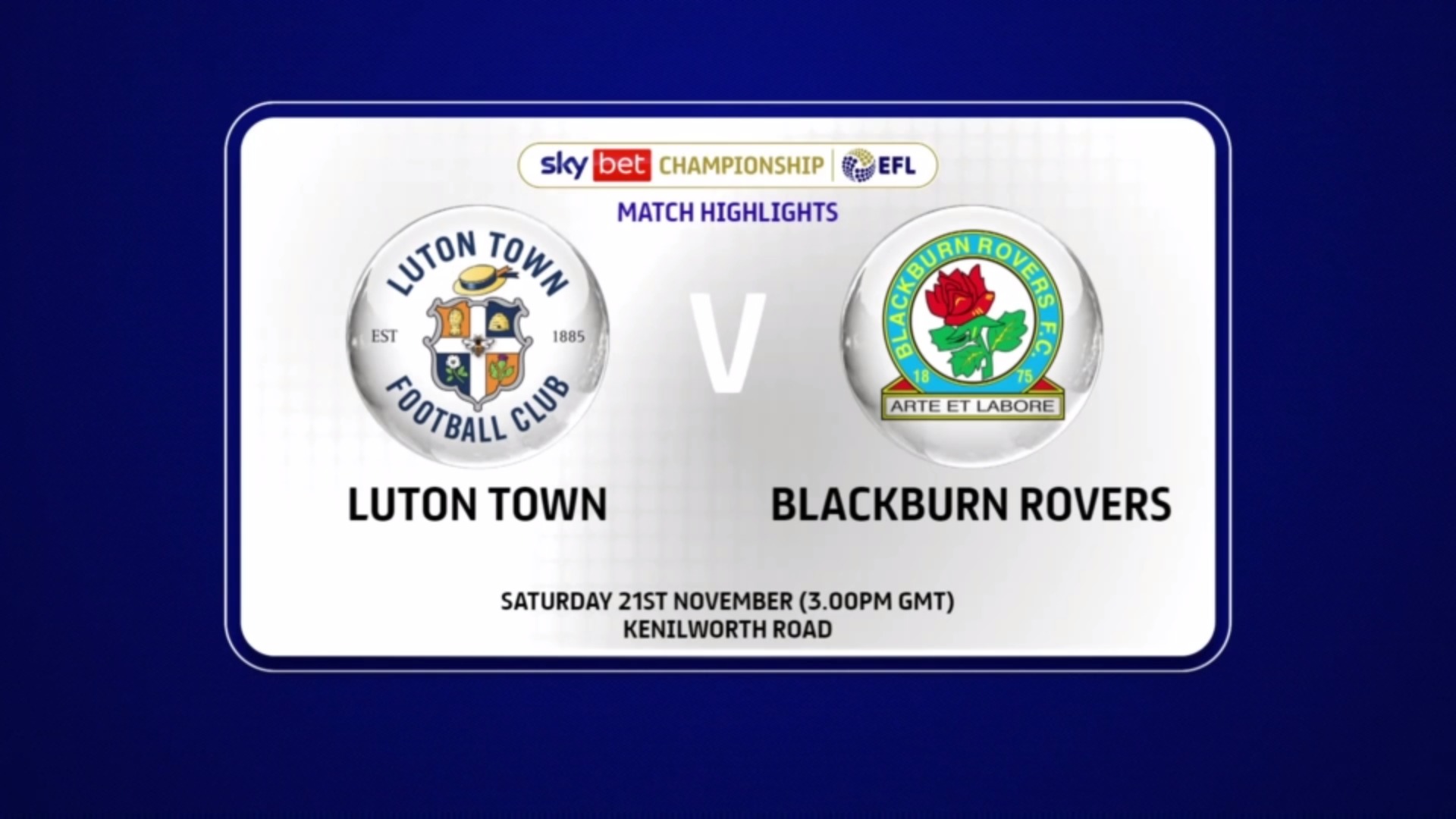 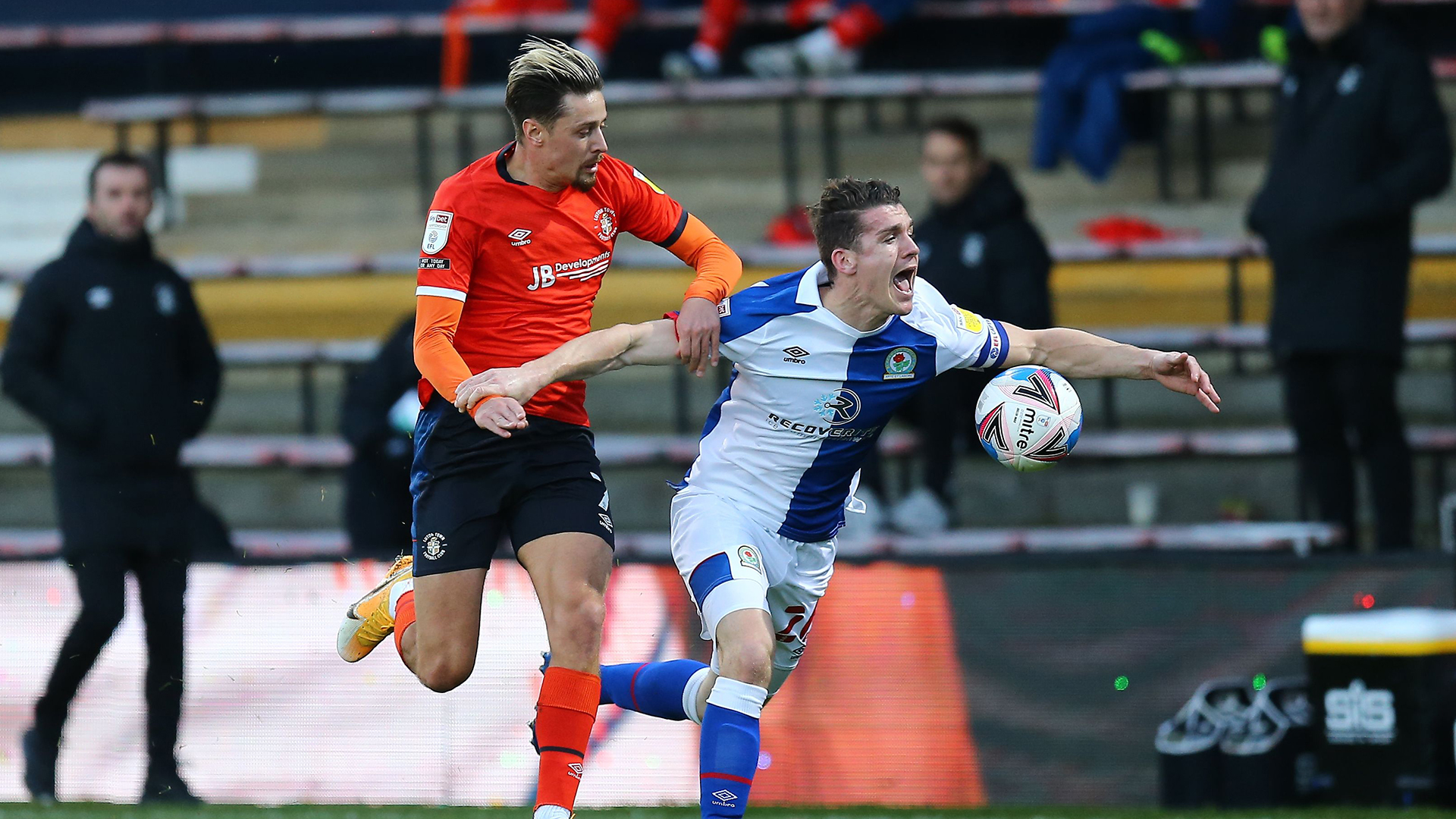