City kept the pressure on the top two on Saturday with a late 2-1 win at home to Middlesbrough, with Andre Ayew sliding home from the penalty spot in the final minute.

Rovers, meanwhile, returned to winning ways at Millwall at the weekend with a fine 2-0 victory at the Den thanks to goals from Bradley Dack and Sam Gallagher.

Rovers, despite being buoyed by that win in south London, still have work to do if they are to charge up the league table and earn a top six finish come the end of the campaign.

There aren't many tougher tests in the league than the Swans, who sit a point outside the automatic promotion places and have two games in hand on both second-placed Watford and table-topping Norwich City.

The Welsh side won the last meeting 2-0 thanks to goals from Ben Cabango and Ayew, with Rovers looking for revenge against Steve Cooper's high-flyers.

Tony Mowbray has revealed that he expects to be without both Jarrad Branthwaite and Adam Armstrong for this evening's clash, although neither player is a long-term concern.

Armstrong's not quite recovered from a tight hamstring, whilst Branthwaite is just overcoming a non-COVID related illness.

Daniel Ayala remains out with a calf injury whilst Lewis Holtby isn't quite ready for a return, although the German could be in the squad for the visit of Brentford on Friday night.

For Swansea, Jordan Morris, Steven Benda, Wayne Routledge and Liam Cullen all remain out of action for the encounter.

The visitors could switch things up for tonight's game, with Jamal Lowe and Jake Bidwell in contention to start having appeared off the bench against Middlesbrough last time out.

However, the Swans are likely to include former Rovers loanee Matt Grimes in their team. The midfielder appeared 13 times for us in early 2016 after joining on loan from tonight's visitors, and he's been a regular in Cooper's side this term.

Supporters can still purchase a live video match pass for only £10 for this evening's contest.

A reminder that kick-off is at 6pm later on today.

Bradley Dack scored his second goal in the space of a few days, but it wasn't enough for Rovers to take all three points against high-flying Swansea City.

The talisman fired home first time after the half hour mark to deservedly put Rovers in front against Steve Cooper's charges.

However, Andre Ayew levelled from the spot just a few moments later with his fourth goal in his last four games against Rovers.

That earned a share of the spoils, although Rovers will have felt they did enough to win the game and will look back at a golden opportunity early in the second-half that Ben Brereton could only loop wide.

Despite perhaps being a tinge frustrated with the end result, Rovers will take heart from what was a commanding performance against a Swans side who would have gone into the automatic promotion places with a win.

Having come into the game on the back of an impressive victory at Millwall last time out, it came as no surprise to see Tony Mowbray name an unchanged team for the encounter.

Cooper switched things up for his side by bringing Jake Bidwell and Jamal Lowe back into the visitors' starting XI in place of the benched Ryan Manning and Korey Smith.

It was Brereton who was involved in a big talking point just three minutes into the encounter when he was barged over by Marc Guehi just outside the box. However, referee Robert Jones gave nothing when it looked like there would be a chance that the visiting centre back would be forced to take a very early bath.

Rovers were more than holding their own against the in form Swans, although chances were few and far between for both teams up until the opener on 37 minutes through Dack.

Sam Gallagher had snatched at an opportunity in a similar position just a moment earlier, but Dack was deadly from 10 yards out with his left foot; sliding past Freddie Woodman after a perfectly weighted ball through from birthday boy Tom Trybull.

It was deserved lead, but it lasted only four minutes as Robert Jones awarded Swansea their third penalty in their last three games.

It was given after the referee decided Gallagher connected with Jay Fulton in the box, and it was then Thomas Kaminski v Ayew.

The Ghanaian, who had scored from the spot at Stoke City and against Middlesbrough in his side's last two outings, slotted down the middle to level things up and send the teams into the interval all square.

Rovers will have gone in frustrated by the call, but came out fighting for the start of the second 45 minutes and should have regained the advantage through Brereton.

Darragh Lenihan's long ball was perfect for the forward, and after he scampered away from half-time substitute Joel Latibeaudiere and lifted the ball over the onrushing Woodman, but it dropped just past the Swansea stopper's left-hand post.

At the other end, a free kick from Conor Hourihane flew over Kaminski's upright as Swansea attempted to keep the Rovers defensive unit busy.

The hosts continued to probe though and Tyrhys Dolan fired wide of the target as the clock ticked beyond the hour mark.

Ayew went in search of his and Swansea's second of the evening, but his curling effort flew comfortably over Kaminski's crossbar as the game edged towards the final 10 minutes.

No further action would arrive, although Rovers did breath a sigh of relief when Yan Dhanda sent a shot crashing into the Darwen End with the last kick of an entertaining encounter.

Next up for Mowbray's men is the visit of Brentford to Ewood Park on Friday 12th March, kick-off 7.45pm. 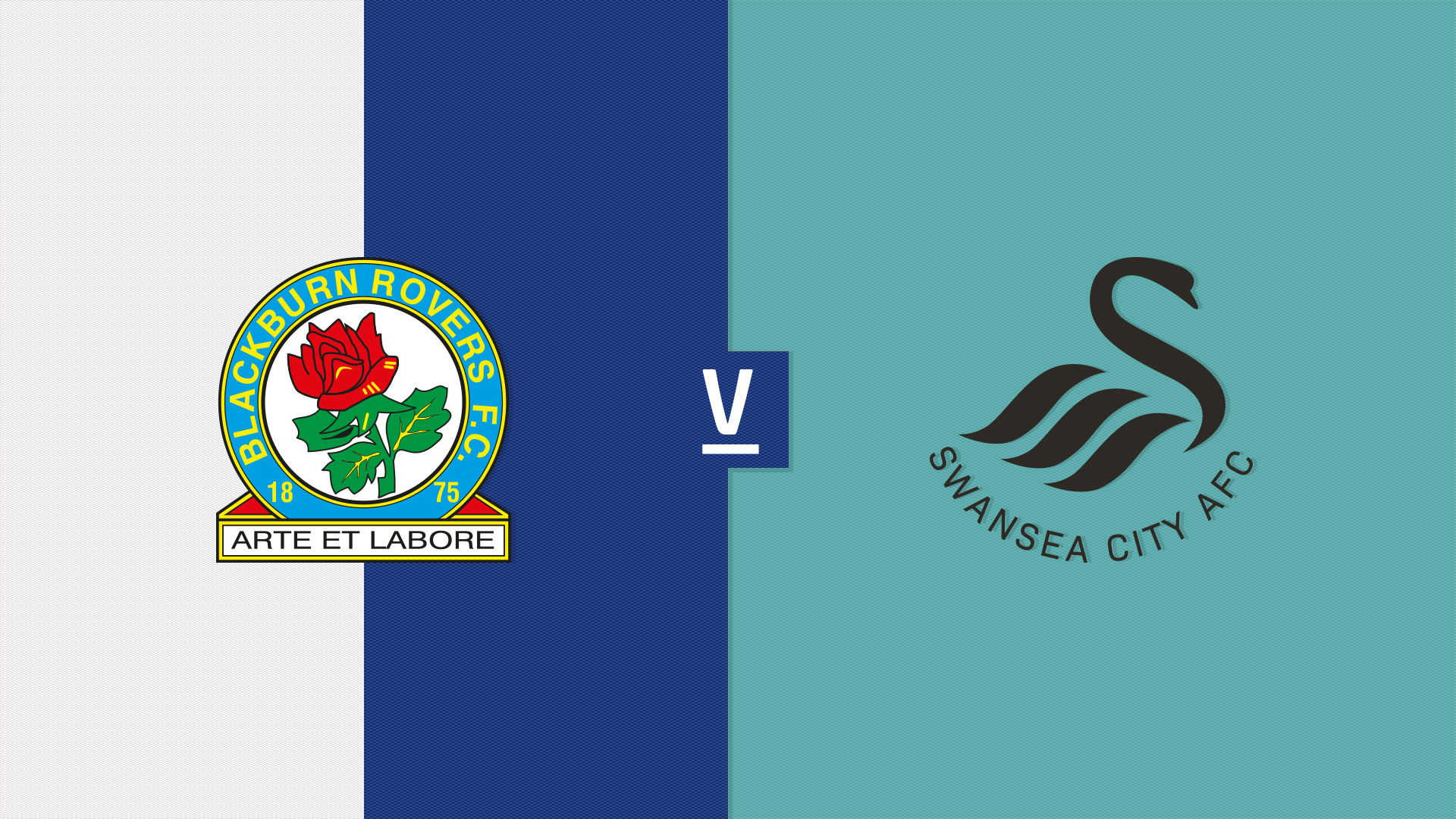 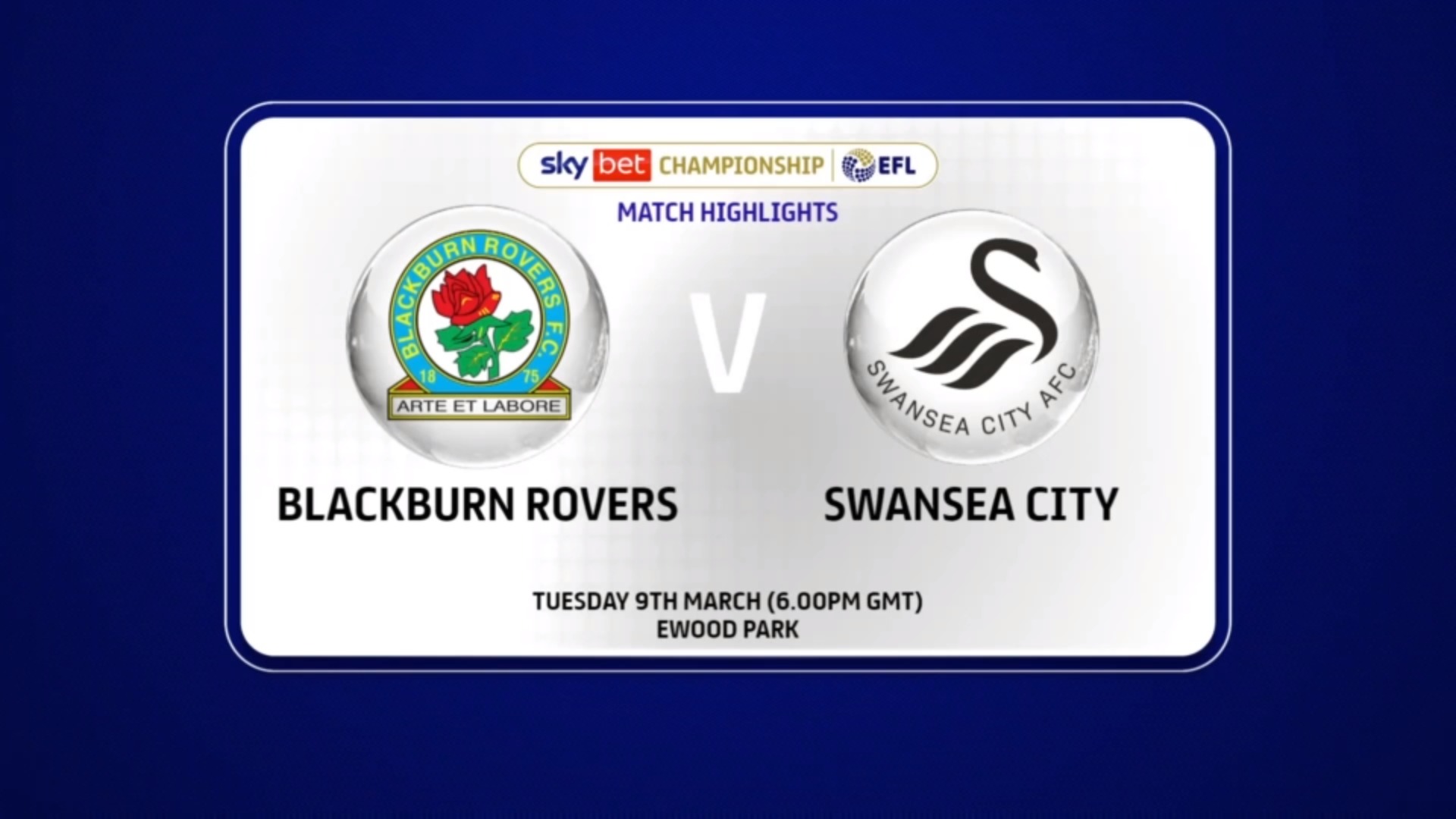 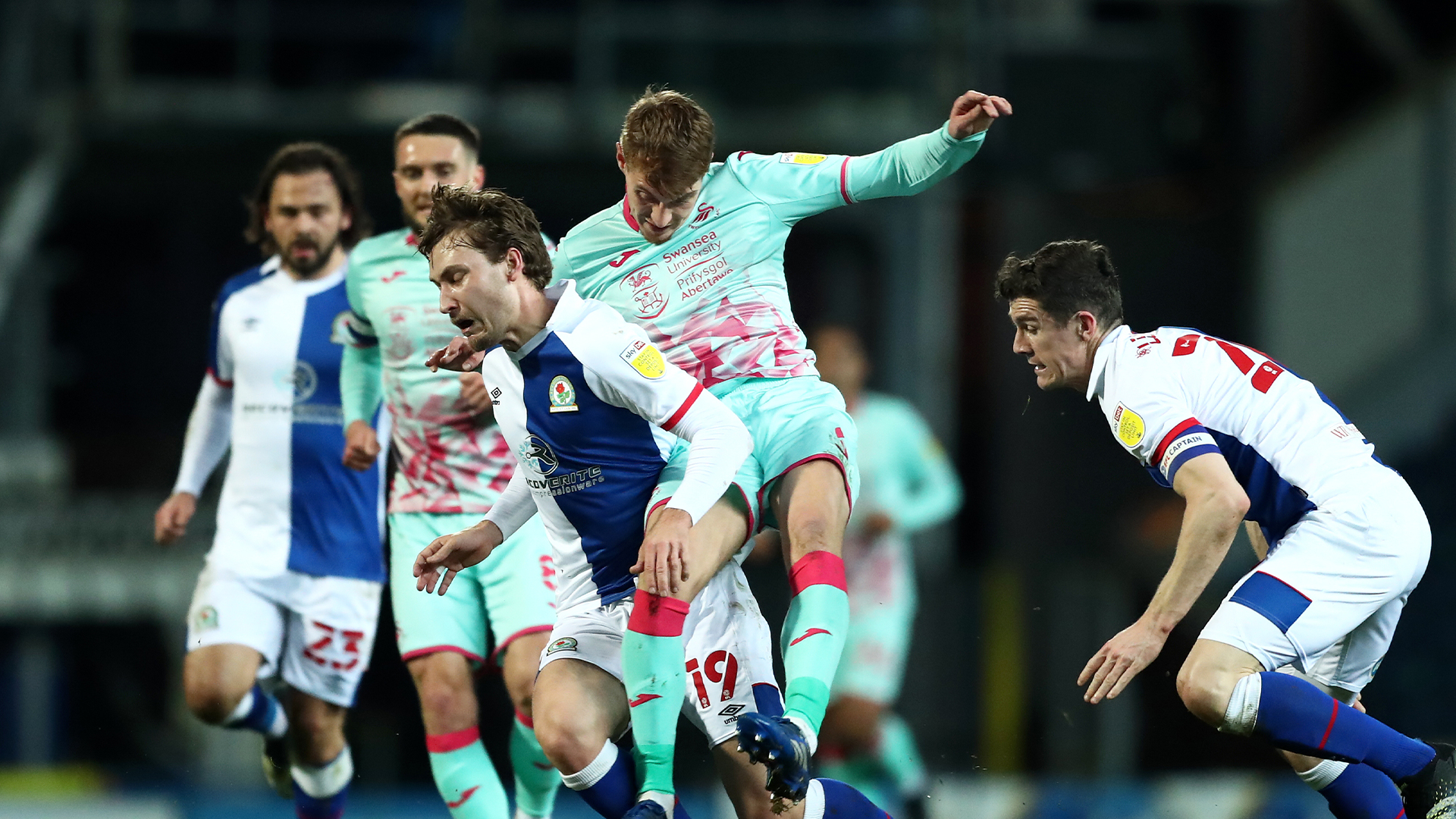