Rovers hit the road for the second successive game as Tony Mowbray takes his in form side to Bristol City for this evening's Sky Bet Championship encounter.

Rovers will head south buoyed by the hard earned point at Brentford at the weekend, which extended the team's unbeaten run to seven games.

Bristol City, who sit two points and two places above Rovers in the table, come into the game with one win in their last four games.

The Robins have won one of their last six games at Ashton Gate, and Rovers know that victory, and anything but a win for Brentford at home to Derby County, will push them into the top six.

Rovers do have their issues defensively going into the game, with Darragh Lenihan still waiting to hear the outcome of his appeal following his dismissal at the Brentford Community Stadium on Saturday.

His centre back partner in west London, Scott Wharton, is set to be out for an extended period of time after damaging his Achilles in the same game.

That may mean a defensive reshuffle for Mowbray, with Daniel Ayala looking certain to start for Rovers. Ryan Nyambe and ex-City man Derrick Williams look set to be the contenders for the vacant central defensive role.

Should Nyambe get the nod in the centre, John Buckley, who came on to fill in at right back in the capital a few days ago, could continue in the slot against the Robins.

Ben Brereton continues to miss out, whilst Barry Douglas remains touch-and-go after coming off at half time against the Bees.

Dean Holden's side are also injury-hit, with a number of key players expected to be ruled out of tonight's encounter.

Alfie Mawson (knee) and Andreas Weimann (cruciate ligament rupture) remain long-term absentees, while Nathan Baker, who is suffering with a hamstring injury, won't be able to return until the beginning of 2021.

Midfielder Jamie Paterson is set to miss his third successive match due to injury, with Chris Brunt, who Mowbray signed during his time in charge of West Bromwich Albion, expected to keep his place in midfield alongside Adam Nagy and Callum O'Dowda.

And Holden has described Rovers as a "huge test" ahead of this evening's showdown in the south-west.

"It is a huge test - Tony Mowbray’s teams like to have possession of the ball," the City boss said in his pre-match press conference.

"They’ve got some real pace in those attacking areas with Adam Armstrong, who’s in great form this season.

"Sam Gallagher to the side of him as well, they’ve got young Harvey Elliott, who is a real promising player. They’ve got some real threats.

"They’ve had some issues defensively with a sending off at Brentford the other night and injury to Wharton.

"For us, the challenge remains the same: the boys just focusing on that next one."

A similar result and performance to Rovers' last trip to Ashton Gate would be just perfect for Mowbray.

Fans were in attendance that day in arguably our best away display of the season, with goals from Bradley Johnson and Adam Armstrong earning a superb 2-0 victory in December last year.

Kick-off is at 7.45pm tonight, and fans can catch all the action by following the coverage across our social media channels.

The forward had only been on the pitch for eight minutes, but that was enough to win the game for the hosts and send Rovers home from Ashton Gate with nothing to show for their efforts.

In an even contest throughout, the visitors had plenty of opportunities to open the scoring prior to Diedhiou's eventual winner.

Adam Armstrong was in a constant battle with Dan Bentley throughout the encounter, but couldn't find a way past the City custodian.

The best chance though fell the way of Daniel Ayala, but the Spaniard could only nod Lewis Holtby's corner kick wide of the target before Diedhious struck with seven minutes remaining.

Tony Mowbray made three changes to his team for the contest in the south-west, with Ayala, Derrick Williams and Holtby all returning to the XI.

Williams was back on familiar turf having appeared more than 150 times for the Robins prior to making the switch to Ewood Park in the summer of 2016.

Those dropping out from the draw against Brentford on Saturday were the injured Scott Wharton, the suspended Darragh Lenihan, and Tom Trybull, who took a place on the bench.

Rovers began brightly in Bristol, with Armstrong attempting to re-create his Goal of the Season at Cardiff City last term with another goal from the halfway line, but Bentley was back in time to claim the long range effort.

The in form 23-year-old went close again on 13 minutes when his snapshot forced Bentley to shovel his low drive away before gabbing ahead of an opponent.

At the other end, Jack Hunt's excellent pull back picked out the lurking Antoine Semenyo, but the youngster sliced wide when he really should have tested Thomas Kaminski.

Armstrong was a constant menace for the Reds, and he almost beat Bentley after latching onto the end of Harvey Elliott's superb pass, but the home 'keeper was out quickly to smother and the chance passed Rovers by.

Soon after and the dangerous Semenyo lashed a strike inches past Kaminski's left-hand post as the game began to open up.

The second half continued in the same vein, with that man Armstrong going for goal from range a couple of times without testing Bentley's reflexes.

The hosts had their chances as well, with a superb Williams block denying Callum O'Dowda, before ex-Burnley frontman Nahki Wells curled a left-footed shot over the upright.

O'Dowda was becoming more influential for Dean Holden's men, and he tested Kaminski again on the hour, with the Belgian comfortably gathering the Republic of Ireland international's low strike.

A glorious chance came the way of Ayala on 68 minutes, but the Spaniard could only head wide after getting on the end of Holtby's inswinging corner and finding himself in space inside the six-yard box.

Time was ticking for both sides, and Armstrong continued his one-man mission to give Rovers the lead, but forced his drive down the throat of Bentley, with the goal remaining elusive for the diminutive hitman.

Wells once again went close again with 12 minutes remaining, with his first touch taking the Bermudan away from Barry Douglas before he dragged wide from an acute angle.

Diedhiou scored against Rovers in the fixture at Ashton Gate two seasons again, and the Senegalese frontman made an impact just eight minutes after entering in the action when he broke the deadlock with time running out.

The game was into the last seven minutes, and after Wells' deep cross was kept alive, the ball fell to the powerful striker, who swivelled and found the back of the net from close range to hand City the advantage.

Rovers went in search of a response, but Joe Rothwell slammed wide before Jacob Davenport's lashed strike deflected in the box and caused havoc, only for a home defender to hook away.

The last opportunity for a point came the way of Douglas, but the Scot's right-footed volley flew well wide of the busy Bentley's left-hand post as Rovers' unbeaten run came to an end.

Next up for Mowbray's men is a home contest with table-topping Norwich City at Ewood Park, kick-off 3pm on Saturday afternoon. 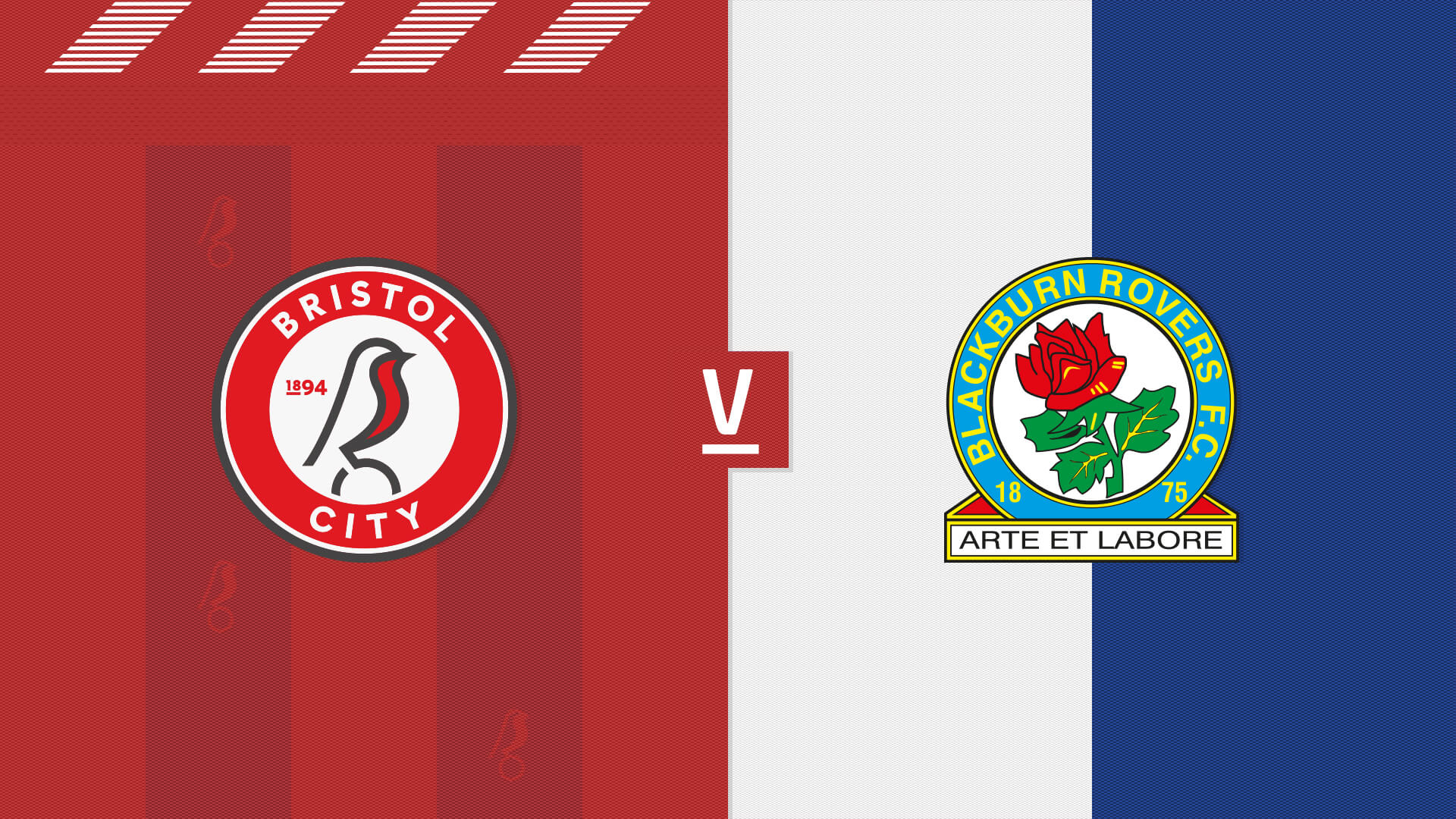 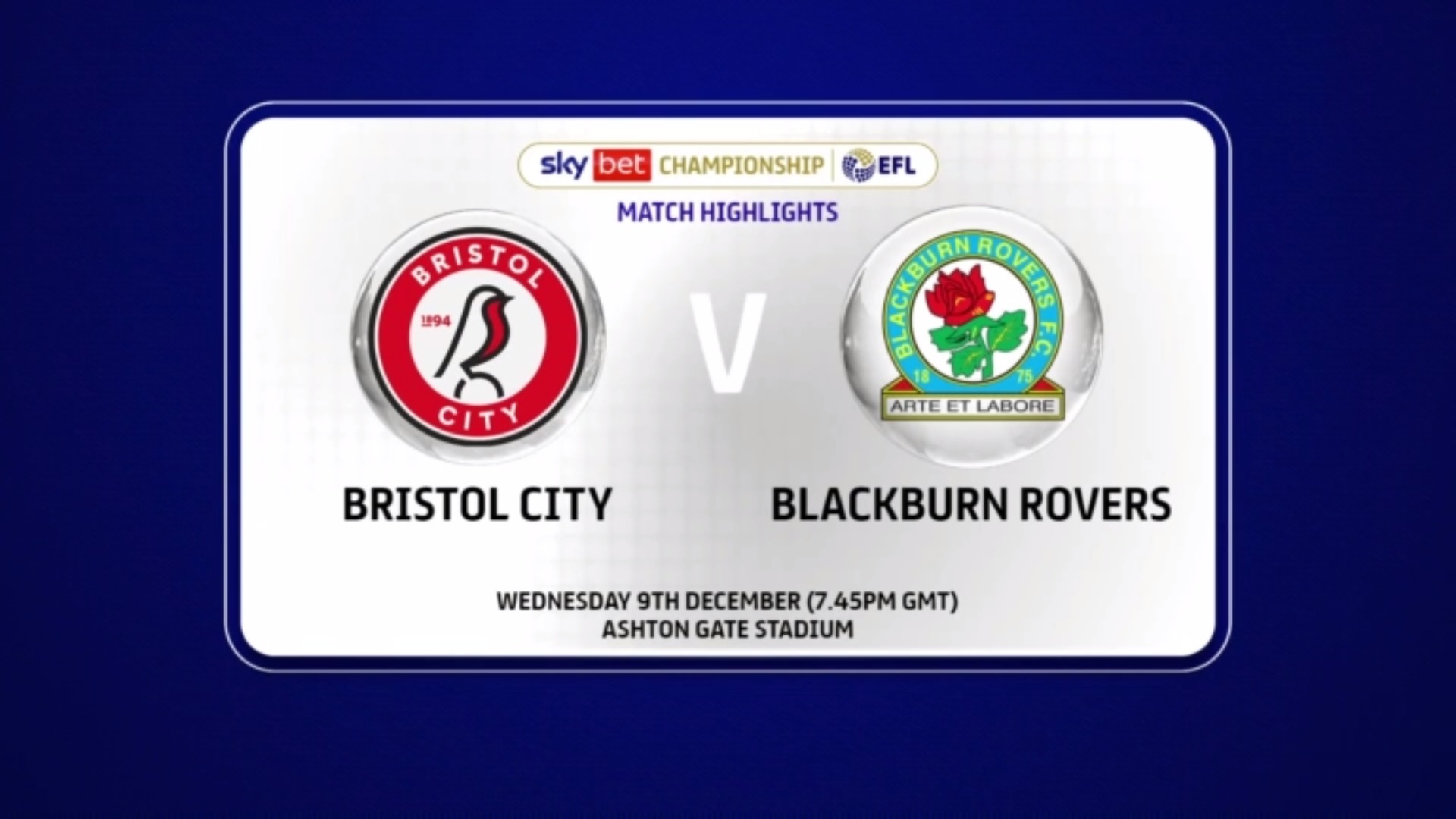 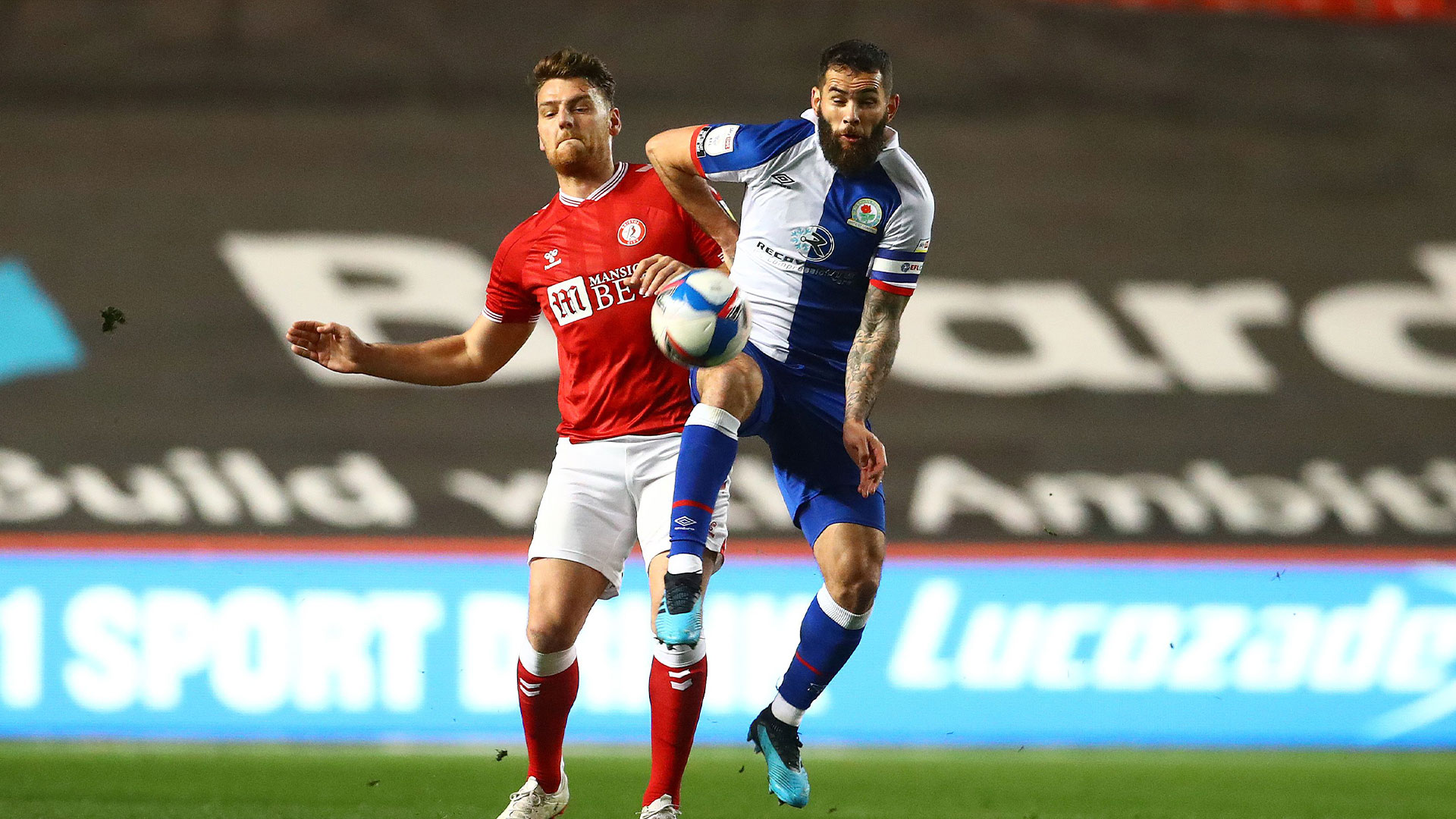