Rovers hit the road today for a first ever visit to the Brentford Community Stadium in game number 16 of the 2020-21 Sky Bet Championship campaign.

The Bees are the hosts for a game that will finally see fans back in grounds for the first time since March. For the 2,000 supporters of the west London club, this will be their first time in their brand new stadium.

The hosts moved into the ground in the summer after departing their previous home, Griffin Park, and this afternoon's contest will be the eighth time they've hosted a league game at the venue.

Whilst Rovers go into the game in fine form, the same can be said of Thomas Frank's charges, with both teams victorious in each of their last three matches.

Rovers triumphed over Millwall in midweek, with Adam Armstrong's strike the difference in a tight game against the Lions.

The victory came 24 hours after Brentford earned a fairly comfortable win over Rotherham United at the New York Stadium.

Today's clash will see the league's two top goalscorers battle it out, with Ivan Toney set to take on a former team-mate in the form of Rovers' Armstrong.

The pair were together at Newcastle United and have each scored three goals in their last three games coming into what looks like a truly mouthwatering fixture.

In terms of team news, Tony Mowbray could be boosted by the returns of Scott Wharton and Barry Douglas to the matchday squad after the defensive duo sat out in midweek due to slight injury issues.

As for today's hosts, Henrik Dalsgaard missed Tuesday's win over Rotherham with a minor hip injury and will be assessed ahead of the game.

Otherwise it is just Christian Norgaard (ankle), Mads Roerslev (foot), and Shandon Baptiste (knee) who will be absent.

The two sides played out an entertaining 2-2 draw in this fixture last term, with Armstrong's brace putting Rovers into a 2-0 lead before Brentford hit back through two players who are no longer with the Bees.

Ollie Watkins, now at Aston Villa, smashed home from long range to give the home side hope, before current West Ham United loanee Said Benrahma slid home from the spot after Bradley Johnson was adjudged to have taken down Roerslev in the box.

Bees boss Frank has certainly been full of respect for Rovers ahead of the game, with the Dane considering Mowbray's men to be one of the most dangerous outfits in the second tier.

"Keeping five clean sheets is massive and very difficult in this league, so the boys deserve a lot of praise," he said when reflecting on their recent win over Rotherham.

"We next face Blackburn, who are maybe the best offensive team (in the division) at this moment in time. I think they are amazing, so I think that could be our toughest test defensively but we'll be ready for it."

Supporters can purchase a live video match pass for only £10 for this afternoon's contest. To purchase yours, please click here.

A reminder that kick-off is at 3pm later today.

Jacob Davenport was the hero as 10-man Rovers produced a heroic performance to earn a deserved point against play-off chasing Brentford.

The substitute timed his first Rovers goal perfectly, sneaking a shot in with only two minutes of time remaining to extend the unbeaten run to seven games.

It was a backs-to-the-wall second half for Rovers after Darragh Lenihan was shown a straight red card for taking down Ivan Toney in the box with only 36 minutes on the clock.

Once Sergi Canos' put Brentford ahead midway through the second half, you might have thought that Rovers would go under, but Tony Mowbray's men kept themselves in with a chance, which they took, to earn a superb point on the road.

The boss made four changes to his team for our first ever trip to the Brentford Community Stadium, with Daniel Ayala, Amari'i Bell, Lewis Holtby and Ben Brereton dropping out.

The former three were available on the bench, but injury kept Brereton at home and watching on on iFollow Rovers.

Coming into the side were the returning Scott Wharton, Barry Douglas, Tom Trybull and Joe Rothwell.

Rovers lost Wharton early on due to a calf injury, but Rothwell brightened the mood just a couple of minutes later through Rothwell's wonderful solo run and finish.

The playmaker skipped past Sergi Canos, glided in-between Ivan Toney and Mathias Jensen, and curled a delightful effort that flew to the left of Raya and in.

The hosts went in search of a response, with a fine corner routine resulting in Marcus Forss sweeping wide of Thomas Kaminski's left-hand post at the mid-point of the first half.

But, with under 10 minutes of the half remaining, the turning point came, and it went in Brentford's favour.

A collision in the box saw Lenihan given a straight red card after a coming together with Toney, and the in form Brentford man stepped up to send Thomas Kaminski the wrong way and equalise for the Bees.

A man light and level, Mowbray made another alteration to their team, with Trybull sacrificed for John Buckley. With Lenihan's vacant spot in the heart of the backline and with no available central defender left on the bench, Ryan Nyambe slotted in alongside Ayala, with Buckley moving to right back.

Rovers made it into the break and Mowbray made another shuffle of the pack, this time it was Bell coming on to replace Douglas.

Attempting to stodge things up and make it tough for the hosts, Brentford substitute Emiliano Marcondes saw his dipping strike fly past the post.

Rovers were keeping Thomas Frank's at bay until the hour mark, when Canos' swirling effort put the home side in command. Rico Henry's overlap split Buckley and Gallagher, and Canos cut inside to unleash a strike that flew past Kaminski and into the top corner.

Hunting down a third, Josh Dasilva smashed wide twice in quick succession as Rovers restricted their hosts to pot shots from range, with Bryan Mbeumo next to try his like as the clock ticked into the final 15 minutes.

And then the moment came for Rovers, whose game management was outstanding throughout the second half.

Did Brentford boss possession? Yes. Did the Bees look the most likely team to score? Yes. But Rovers kept themselves in with an opportunity to take something home with them, and it came through substitute Davenport with just two minutes remaining.

You always felt there would be one chance for Rovers to nick something from the game, and it was Davenport who popped up with his first ever goal in Rovers colours. Collecting the ball in the box, he showed composure to wait for the space to arrive before flicking beyond Raya and in to spark pandemonium on and off the pitch.

There was still five minutes of added time for Rovers to negotiate, and they did it perfectly to earn a deserved point at a difficult place to come when you're playing with the full quota of players. 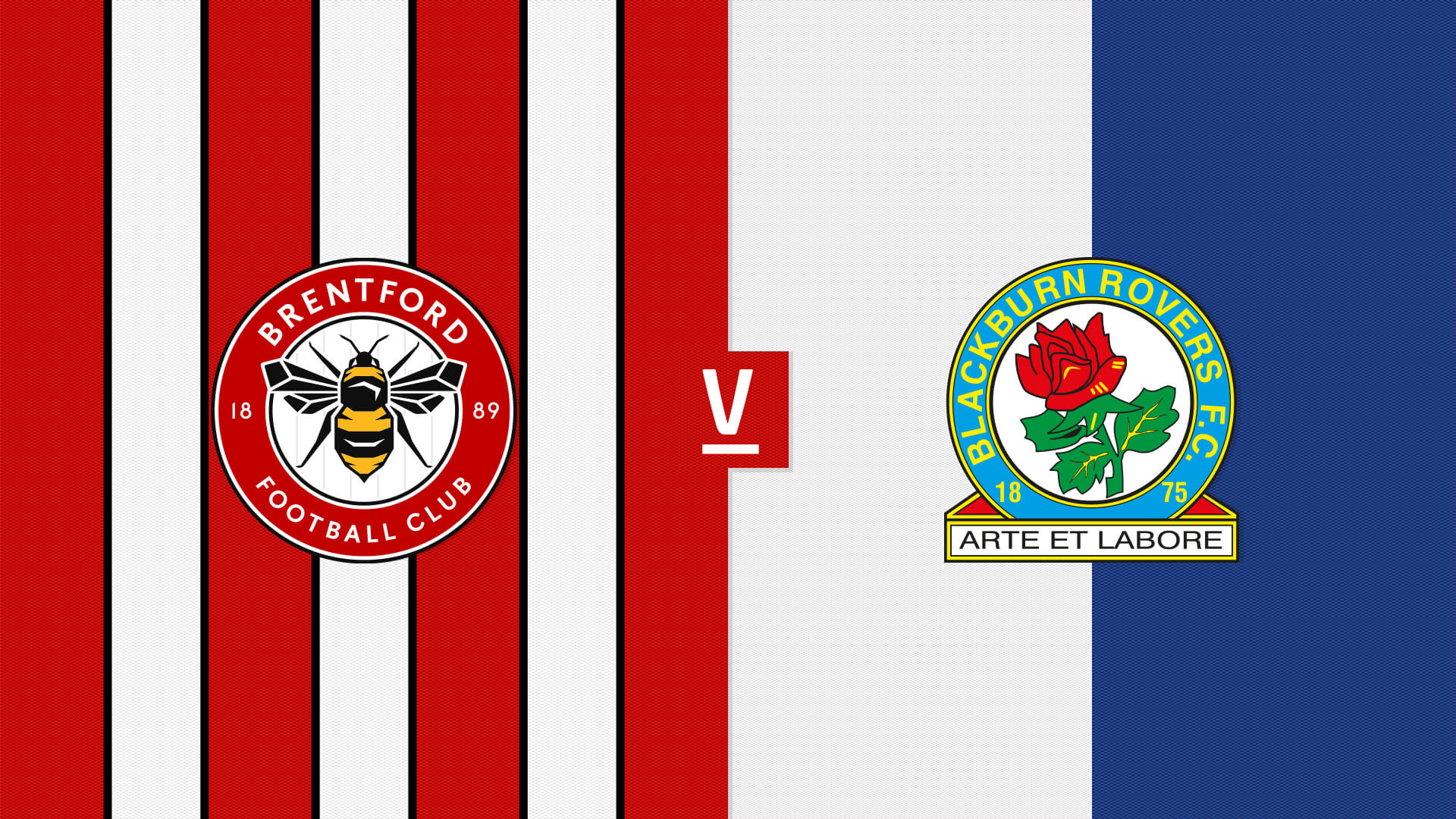 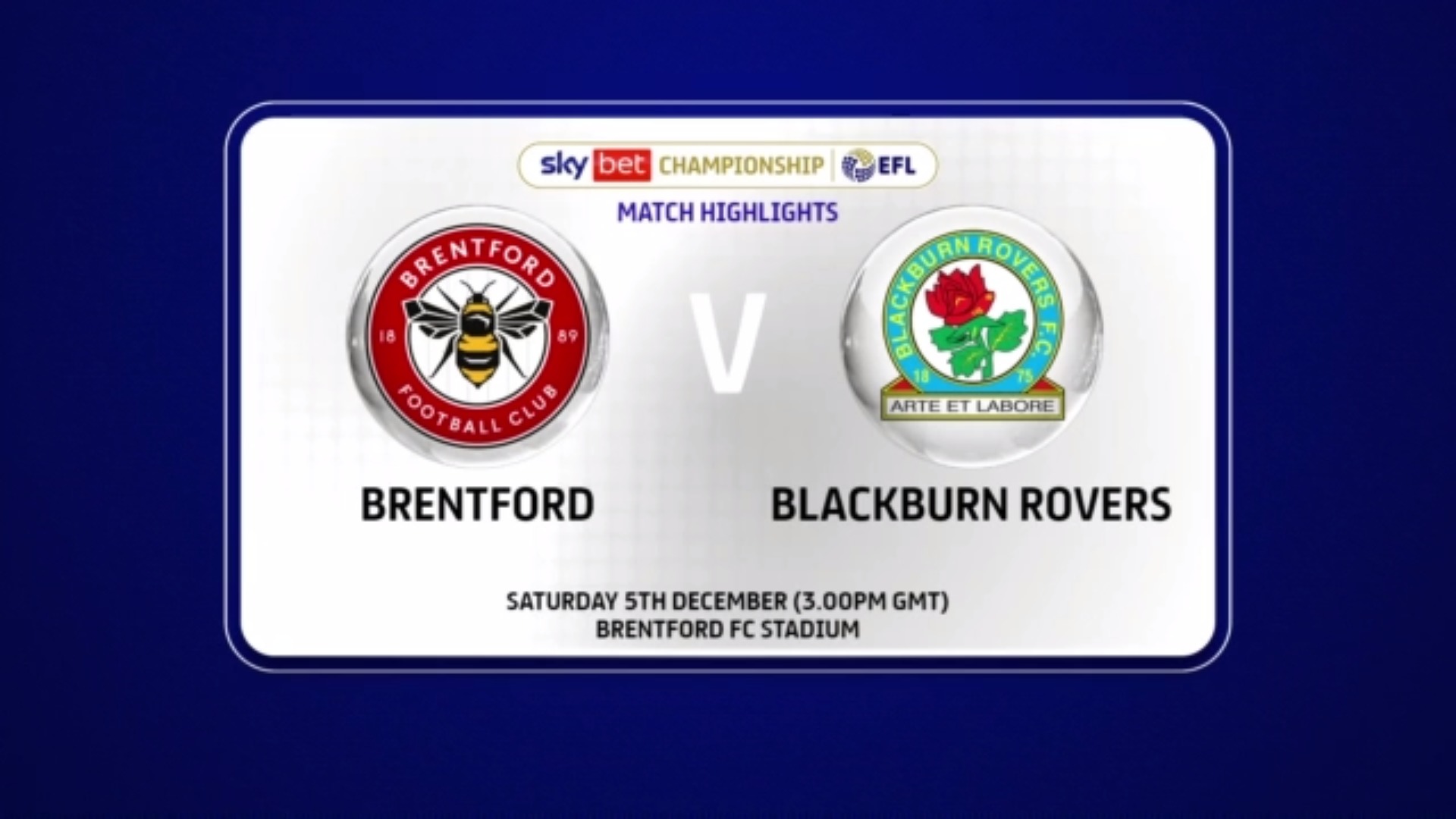 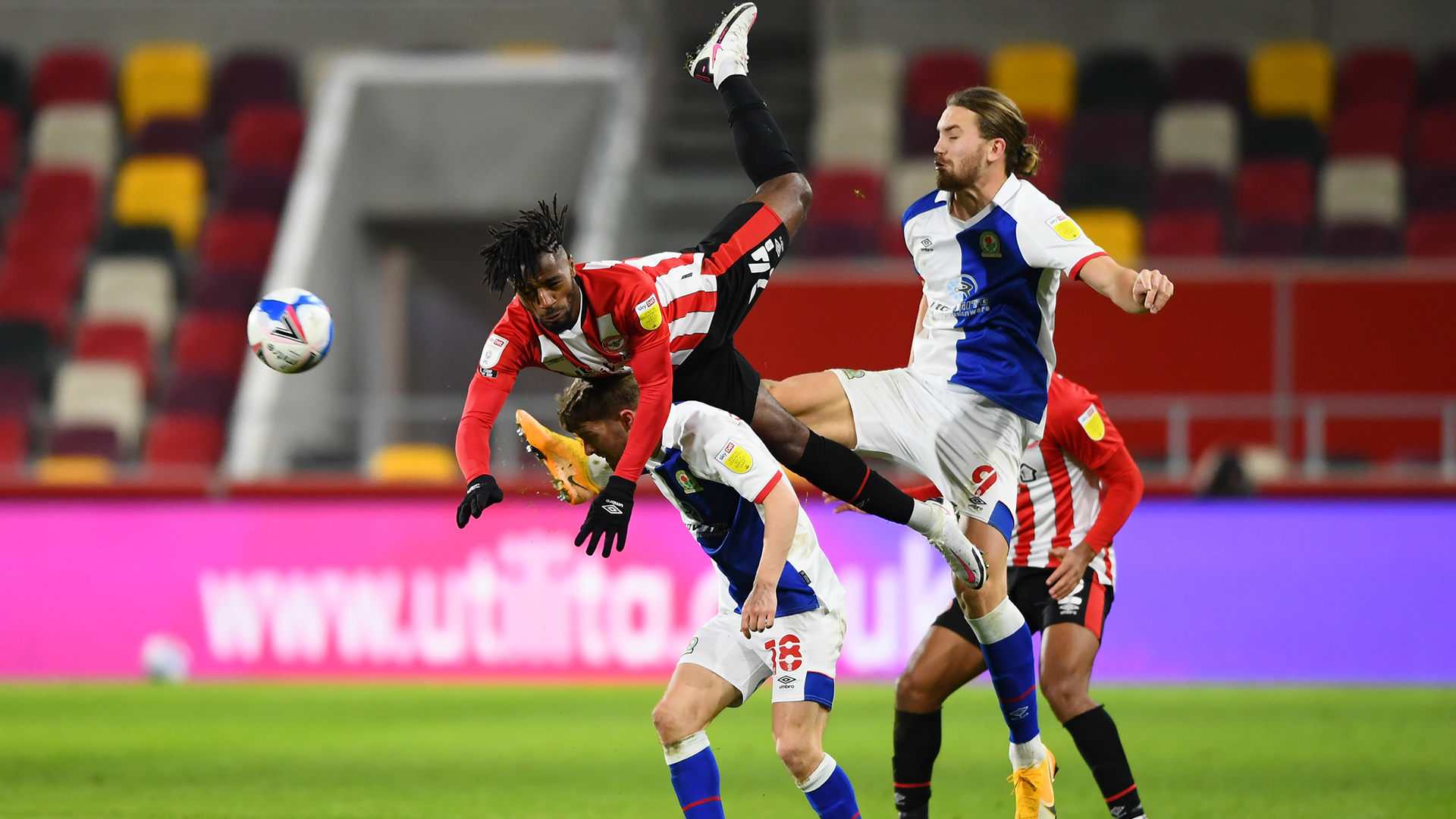