Rovers will be aiming to provide a late Christmas present to supporters when Tony Mowbray's men host Sheffield Wednesday this afternoon.

The hosts will go in search of a third successive win over the Owls, with the two meetings from last season being particularly memorable for different reasons.

The first test came in East Lancashire, with Tosin Adarabioyo equalising late on before John Buckley's dramatic strike proved to be an even later winner.

Rovers then recorded their biggest win of the season at Hillsborough thanks to a 5-0 demolition in Yorkshire in January 2020.

A Lewis Holtby brace came either side of an own goal from Cameron Dawson, before second half finishes from Darragh Lenihan and Sam Gallagher earned the points against a Wednesday side who played the majority of the match with 10 men following Massimo Luongo's sending off.

Luongo's set to miss out on the encounter this time around, with the Australian midfielder joining Julian Borner as a major doubt for today's Boxing Day battle.

Elsewhere, the Owls will check on the fitness of Josh Windass, Barry Bannan and Kadeem Harris.

Things are looking better for Rovers though, with Mowbray hopeful of having Daniel Ayala and Ben Brereton back available for the contest.

Spanish centre back Ayala missed out on last week's defeat to Stoke City, whilst Brereton hasn't featured since hobbling off with a foot injury against Millwall at the start of this month.

Buoyed by the first win under Tony Pulis last weekend, the Owls head to Ewood Park looking to build on the narrow 1-0 win over Coventry last week.

After a run of four straight defeats, Wednesday turned in a much-improved display on Saturday against the in-form Sky Blues.

The three points lifted Wednesday off the bottom of the Championship table and four points from safety heading into the busy Christmas fixture period.

And ahead of the game, Pulis, the Sky Bet Championship's newest manager, believes Rovers have the ability to finish in the play-offs come the end of the season.

“They’ve been scoring goals for fun and they’ve got some good players," the Welsh chief told the official Sheffield Wednesday website.

"If they get a little bit of good fortune they can easily end up in the top six.

“We’ve got to concentrate on the three games coming up and try and get as many points as we can and take stock of where we are.”

Our virtual match sponsor for today's game is Prestige Beds.

A superb solo goal from Joe Rothwell wasn't enough as Rovers were once again left frustrated against Sheffield Wednesday.

A classic run from Rothwell saw him weave beyond three or four players before slotting past Keiren Westwood from close range to level things up with under 15 minutes remaining.

Wednesday only had one shot on target in the whole contest, but that proved to be the opener as Adam Reach capitalised on a defensive error to brilliantly curl home from the edge of the box just before half time.

Although the results wasn't what Rovers will have wanted, the big positive came thanks to Bradley Dack playing for the final half hour following a year out of action.

There was also a return for Ben Brereton who, like Dack, entered the action on the hour mark.

Rovers did have the opportunities to win the game late on, but Adam Armstrong was denied by Westwood and then Liam Shaw, as the points were shared in East Lancashire.

Armstrong also hit the post before Rothwell's equaliser, but he turned and smashed against the post on a day where it just wasn't meant to be for the hosts.

Tony Mowbray made one change to the starting XI, with Daniel Ayala coming in for Tom Trybull, whilst there was a boost on the bench with Dack and Brereton returning to the matchday squad.

Rovers were having plenty of the ball in the early stages, with Armstrong testing Westwood before Harvey Elliott drove an effort wide in the opening 20 minutes at Ewood Park.

However, with their first foray forward, a mix up at the back between Barry Douglas and Ayala allowed the ball to drop to Reach just outside the box.

The midfielder got the ball onto his favoured left foot before sending a superb strike beyond Thomas Kaminski and into the top left-hand corner with only four minutes to go until half time.

It was a real kick in the teeth for Rovers, who certainly didn't deserve to go into the break behind on the balance of the first half.

Rovers needed a spark, but it was Wednesday who went closest to adding to the scoreline, with Reach poking wide after Douglas couldn't quite readjust his feet quick enough.

Dack, Brereton and Stewart Downing were all on for the final half hour as Mowbray looked to change things up in a bid to get back into what looked to be turning into another frustrating day.

The changes almost paid dividends straight away, but after Brereton fed Armstrong, the diminutive frontman could only swivel and fire against the base of the post.

Armstrong went close again a moment later, but his effort went straight down the throat of Westwood.

Wednesday were looking organised and resolute, and it looked like it needed a bit of magic to find a way through, and it was Rothwell who produced the sparkle to level with 14 minutes remaining.

After picking up the ball in midfield, the playmaker went on one of his trademark solo runs, darting past Callum Paterson and in-between Joey Pelupessy and Tom Lees, before calmly slotting past Westwood for his second goal of the campaign.

Rovers' tails were up and Westwood did well to beat away Armstrong's curling effort with his left foot that looked destined for the bottom corner.

The game was opening up though, and only a fine block from Ayala stopped Josh Windass' goal-bound drive from testing Kaminski soon after, as Wednesday showed they could be a threat on the break.

But at the other end, a fine counter attack from Rovers saw Downing feed Armstrong, who took on Liam Shaw but saw the substitute get a slight touch on his strike towards goal and the ball flew wide with only five minutes left.

Time was running out for Rovers to find a winner, with the ball agonisingly not dropping kindly enough for Armstrong from Dack's flick on in the final seconds of the Boxing Day battle, and the points had to be shared.

Rovers are next in action on Tuesday 29th December at Huddersfield Town, kick-off 3pm. 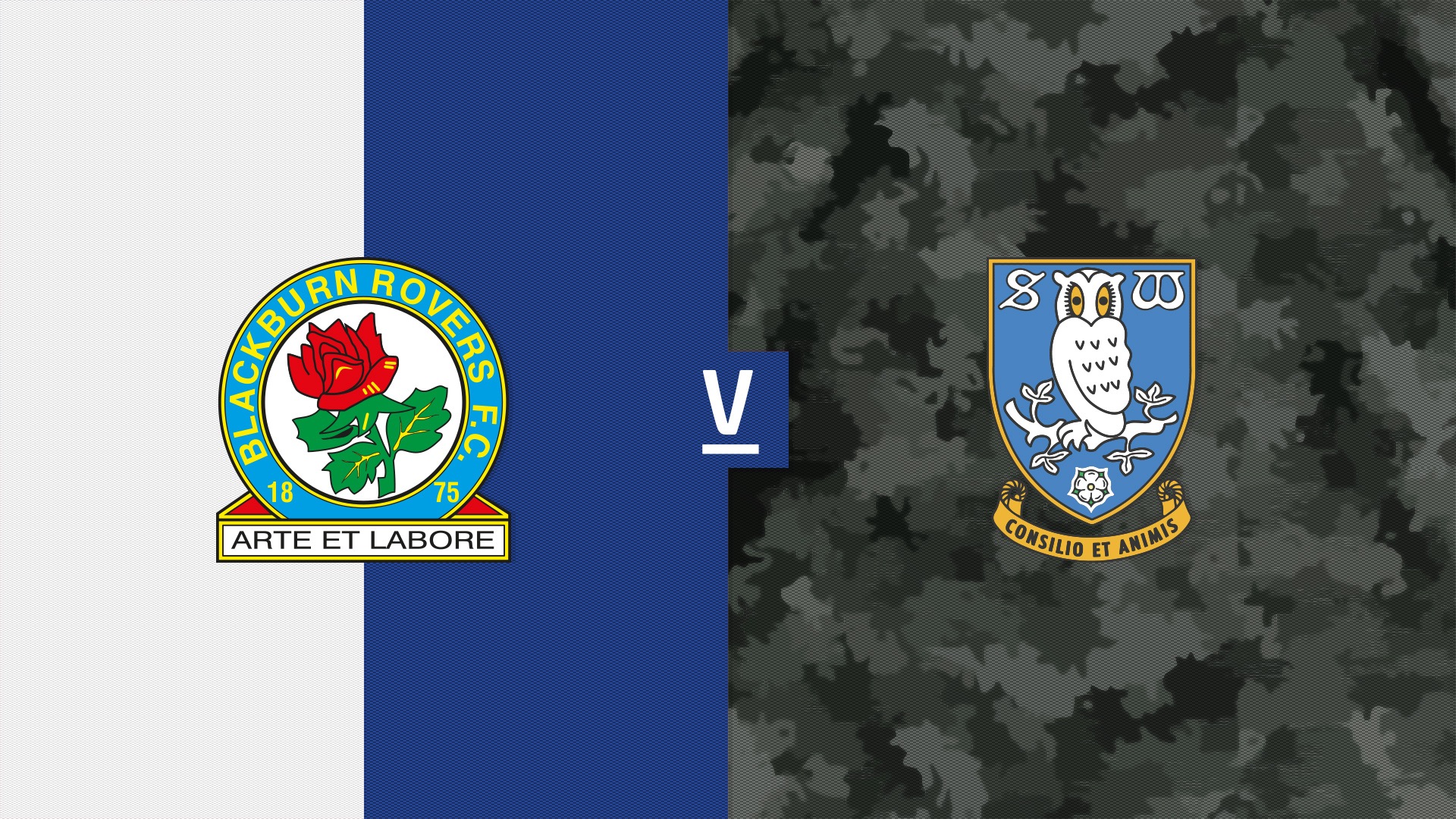 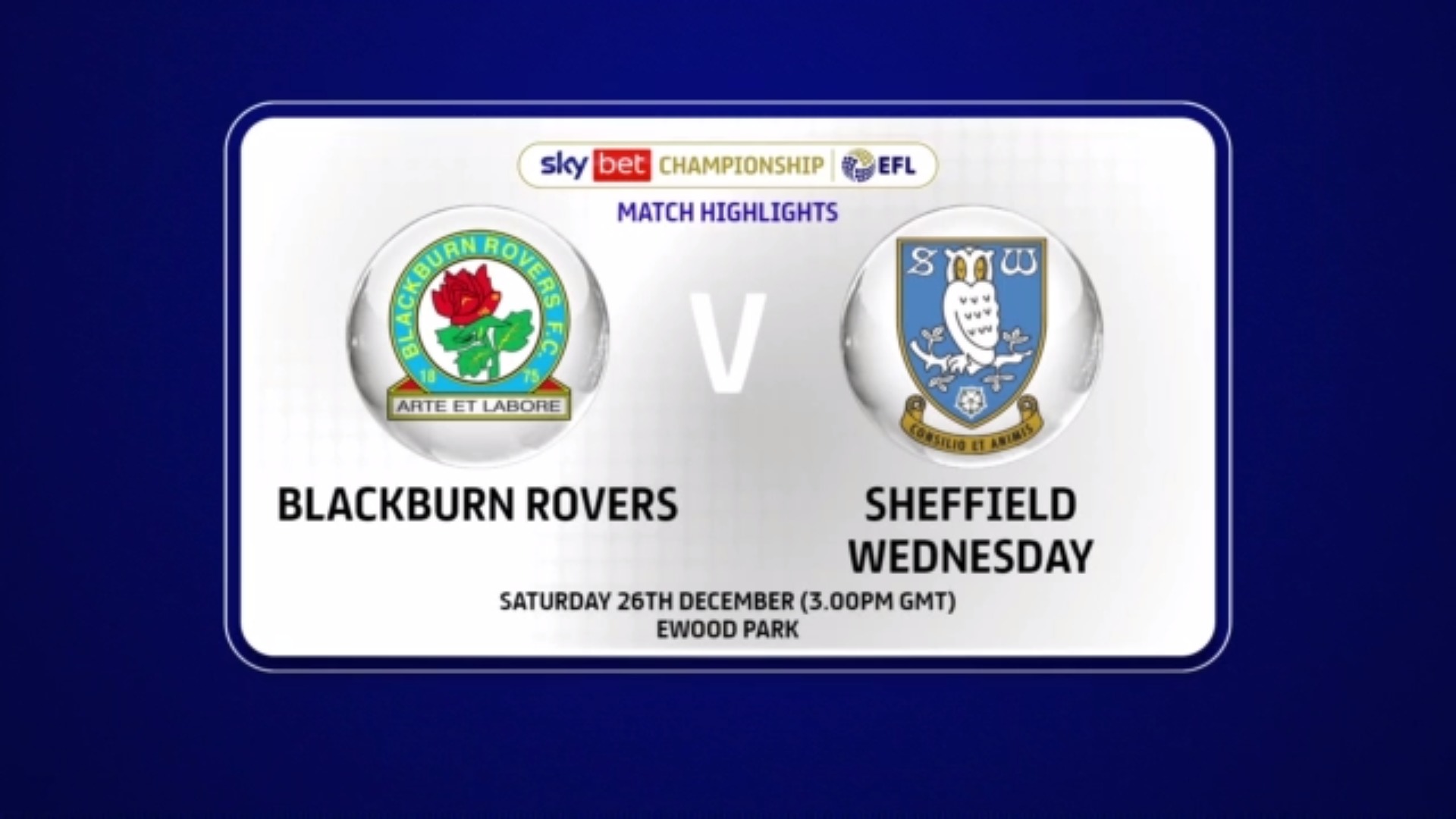 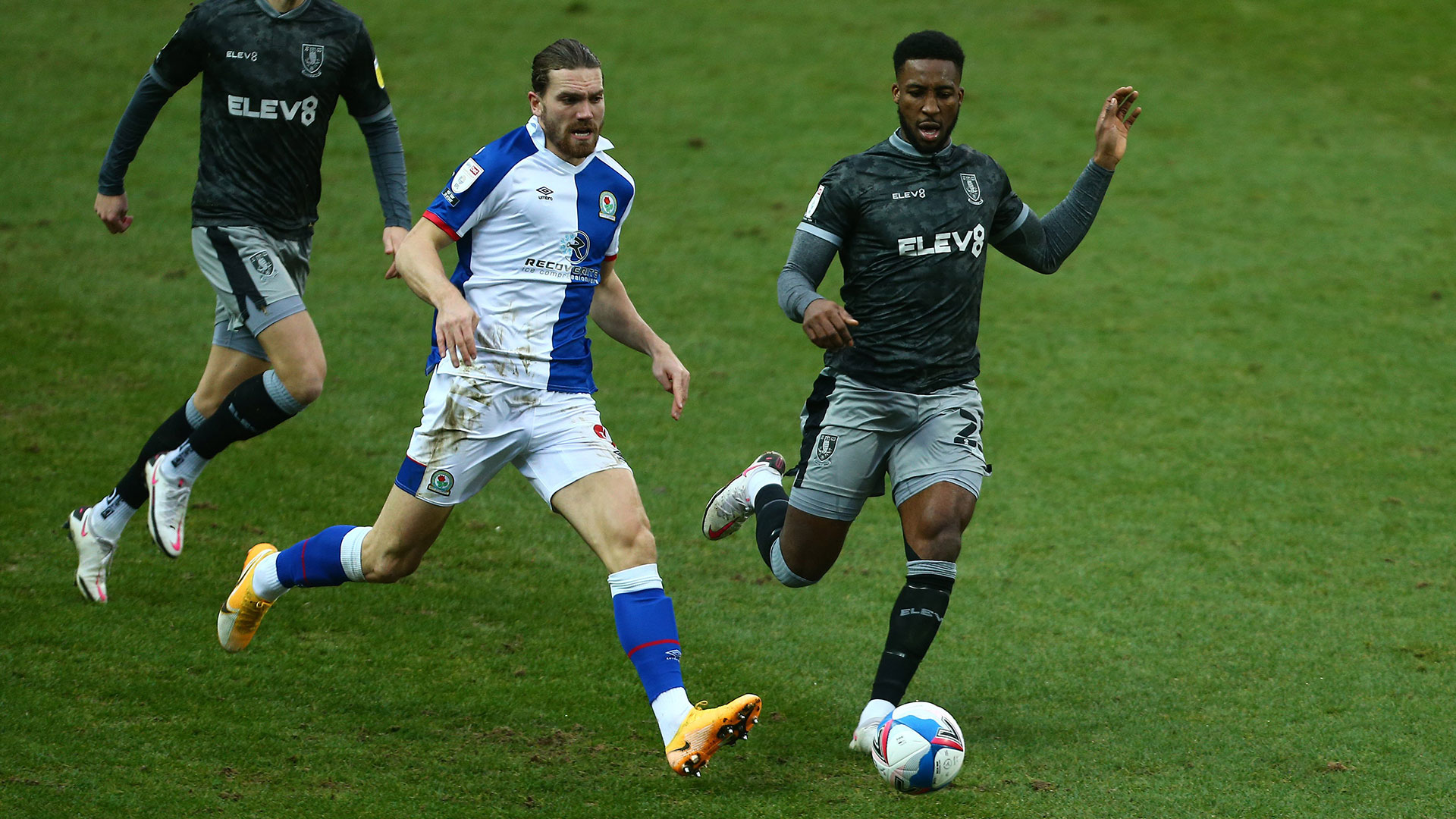